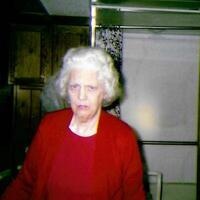 In November 15, 1968 she married Frank Maines and divorced in June 8, 1970. Then she married David Lester Welty in August 18, 1972 in Horseheads ,New York.  Several years after his death she remarried Robert White in Salt Lake City, Utah in January 14, 2012. They were married for six months. After his death in August 2012 she remained single since then.

Being involved in the local community that she lived in she held several volunteer positions. Some of those positions were Ladies auxiliary of The Eagles Club in Colorado Springs, Co. for over 40 years. She was a girl scout leader/ troop leader/ cookie chairman. Delores’s career mostly consisted of working in the hospitality restaurant industry where she made many friends along the way.

Delores loved animals. She had several dogs and cats throughout her life. She also enjoyed going to The Salvation Army on Wednesdays, making crafts, gardening in her flower bed, camping, and traveling with David around the United States.

Funeral Services will be held Monday, July 6, 2020, 11:00 a.m. at McDougal Funeral Home, Taylorsville, Utah, where a viewing will precede services at 10:00 a.m. Interment, Utah Veterans Memorial Park, next to her husband David Welty.

To send a flower arrangement or to plant trees in memory of Delores Ann Weller Welty, please click here to visit our Sympathy Store.

To order memorial trees or send flowers to the family in memory of Delores Ann Weller Welty, please visit our flower store.