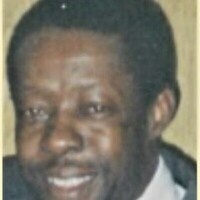 Mr. Will E. Goodrun, 77 years old, entered into eternal rest, Wednesday, December 16, 2020 after a long illness, he passed away at home where he resides in West Valley City, Utah.

Will Ellis Goodrun, was born on May 31, 1943 to Otis & Everlena (Williams) Goodrun. Will grew up and attended school in Georgia. Will and his family moved to Stamford, Connecticut in 1959; where he attended Stamford public schools.

It was October 14, 1964; Mr. Goodrun joined the United States Army, where he served for 13 years. He was wounded in Vietnam and given the Purple Heart. After Mr. Goodrun’s time in the Army…he worked in Transportation Industry until he retired in 2001.

Mr. Goodrun was a Life Member of the Veterans of Foreign War (VFW); both in Stamford, CT and Grand Forks, ND, where he resided for 15 years, before moving to Salt Lake City, Utah in 2015, where he then joined the American Legion.

Mr. Goodrun loved life and people.  He ALWAYS had a smile on his face and he could make you smile. He was a straight to the point person…..he was Awesome….he will be missed.

Mr. Goodrun leaves to cherish his memory, his niece Kathleen F Goodrun of the home, they shared; two brothers, Lemore & Ronnie Otis Goodrun both of Hatton, North Dakota; his Uncle  Jerome Williams of Florida; and a host of nieces, nephews, cousins and friends.

To send a flower arrangement or to plant trees in memory of Will Ellis Goodrun, please click here to visit our Sympathy Store.

To order memorial trees or send flowers to the family in memory of Will Ellis Goodrun, please visit our flower store.