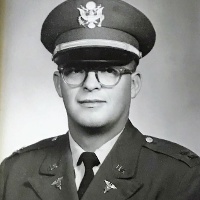 A humble man of honor and integrity passed away peacefully at home Tuesday, July 30, 2019. Wendell was born in Firth, Idaho during a blizzard on February 16,1937 to Joseph Lorenzo Lyon and Melva Christensen Lyon. He was welcomed by two older brothers, Boyd and Kenneth. Because of the snow, his mother was taken to the hospital in a horse drawn wagon.

Wendell had a lively and happy childhood living in a small town surrounded by his close family. Many summers were spent helping at his grandfather’s ranch near Island Park, Idaho. He loved hunting, fishing and exploring, especially in this area, all of his life.

He graduated from Firth High School in 1955. Wendell then attended Idaho State University.

He married Gayle Lee Smith, October 5,1957 in Firth, Idaho. She passed away December 16, 2003. Together, they had two children, Wendy and Shane, both who were born in Oahu, Hawaii.

Wendell entered the Army in 1958 to complete his education and serve his Country. He graduated from the University of Hawaii with a Medical Science Degree and earned a Masters of Microbiology Degree from the University of Arizona. He served in the army for 23 years including a tour of duty in Viet Nam where he was exposed to Agent Orange which caused many health problems later in his life.

After his retirement from the army, he returned to Augusta, Georgia where he owned Lyon Trucking with his son, Shane Lyon. Later, he bought a farm in Waynesboro, Georgia which brought him back to his boyhood love of farming.

On November 6, 2007, he married Laurie England of West Valley City, Utah. Together, they enjoyed many wonderful times at both of their homes so they could be close to family. They often traveled to Hawaii. He was able to spend two memorable weeks there this spring with Laurie, his daughter, Wendy and her husband David. He also spent a week at Island Park just a month ago.

He was preceded in death by his stepchildren, Shaylynn Glad, Robert Taylor, Scott Taylor and Ann Marie Merkley; his wife, Gayle; and his parents.

Wendell was a life-long member of The Church of Jesus Christ of Latter-day Saints. He loved his Savior. What a glorious reunion there will be in heaven. Till we meet again, we will carry you in our hearts.

The family suggests memorials can be made to any Veterans Association.

Additional funeral services will be held Saturday, August 10th at the Waynesboro Ward of The Church of Jesus Christ of Latter-day Saints. Georgia funeral services are under the direction of DeLoach-McKerley-Prescott Funeral Home. Interment: Lyon Family Cemetery, Waynesboro, Georgia with Full Military Honors.

To send a flower arrangement or to plant trees in memory of Wendell Keith Lyon, Major, US Army (Ret), please click here to visit our Sympathy Store.

To order memorial trees or send flowers to the family in memory of Wendell Keith Lyon, Major, US Army (Ret), please visit our flower store.