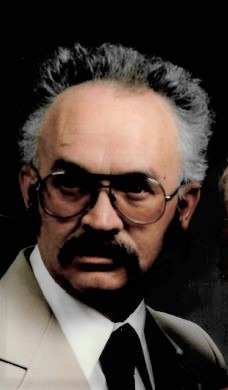 Born May 9, 1944, in Richfield, Utah, to loving parents Melvin and Idona Anderson. He grew up helping his dad on the farm with his brothers. His youth was always exciting with his brothers growing up. He always loves being up on the West Mountain hunting or just goofing off and always called the mountains his home away from home.

As he got older, his life would change. He married Susan Winn for a time and had three wonderful children, Stephanie, James, and sadly they lost one child, John. After a time, he and Sue went their separate ways. He worked at a gas station in the heart of downtown Salt Lake City and worked as a lumper for a trucking company when he met Marianne and fell in love and married her on June 2, 1972.

After they got married, he took her up to Fish Lake and that is where she fell in love with the place, and they started to come up there every year. A couple of years later, they had a child themselves, a son Kurt. Wayne started to drive trucks for a living and raising their son. He did truck driving for 22 years, driving to Boise, Idaho and down to Las Vegas, Nevada until the day he lost his wife of 20 plus years. He stopped driving trucks and started to work in the warehouse. During the time they were married, he and his wife always made time to go camping with family and friends and take his in-laws to hunt and fish. We, the family, would like to thank Elevation Health Care for all the things they did to keep dad comfortable in his last days.

To order memorial trees or send flowers to the family in memory of Wayne Milo Anderson, please visit our flower store.