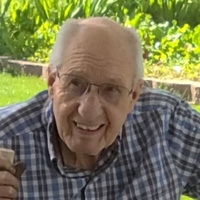 Marshall Warlough Crane, age 88, died peacefully at his home in South Jordan, Utah on Sunday  November 14, 2021. He was born the 5th of 9 children on October 16, 1933 to Charles Lorenzo Crane and LaVerne Fox at their home in Alpine, Utah. He was known as Warlough by friends  and family, and as Marshall by his employers and coworkers. His children and grandchildren know him best as Dad and Grandpa Crane.

Warlough lived in Alpine until he was about 5 years old. Then the family moved to Riverton where he attended school. When he was in Junior High School, he and his brothers helped their dad build a new home in Bluffdale. He graduated from Jordan High School in May 1952. During the summer between the eleventh and twelfth grade Warlough worked with his brother Tom at Garrett Freight Lines where he earned enough money to buy a 1939 Chevrolet car.

After graduation Warlough was called to the Central Atlantic States Mission where he served as a missionary for The Church of Jesus Christ of Latter-day Saints until February 1955. In September 1955 his brother Leo was married. It was at the wedding where Warlough met one of the bridesmaids, Audry Thayne. They danced together at the wedding dance and shortly thereafter started to date. He proposed to Audry at her Seminary Graduation and they were married in the Salt Lake Temple on September 6, 1956.

Warlough’s work experience started when he was about 12,  pulling nails out of used boards from his Dad and brother Earl’s construction projects. As he grew older he helped mix and wheel cement. Just before he got married he went to work for the Church as a delivery man. From there he went to work for Consolidated Freight Ways, working on the dock. He eventually advanced to Truck Driver doing deliveries and pick-ups. Thinking he could do better he went to work for Hiland Dairy doing home deliveries. In 1967 Warlough went to work for Jordan School District as a custodian. Through the years that followed he kept advancing until he reached the position of Head Custodian at West Jordan High School where he worked until he retired. He received four beautification awards for yards and grounds and was twice nominated Custodian of the Year.

Warlough and Audry were called on a service mission and served as Church employment missionaries for 12 months in West Jordan, Utah. At the end of their mission they were both called as temple workers. Warlough served in many Church callings including Sunday School teacher, Young Mens President, Ward Financial Clerk, and High Priest Group Leader.

Warlough was an incredible tease and had a quick wit and sense of humor that everybody loved. He is famous for starting water fights and sharing ice cream, candy and chocolate donuts. Besides ice cream his favorite desert was German Chocolate Cake. He loved working in the yard and gardening where he always grew more food than the family could eat. He loved sharing the fruits of his labors with friends and neighbors. Later in life he became a master puzzler. His favorite times were spent camping, hunting and sharing holidays with the family. His biggest treasure was his family.

To attend virtually, go to:

To send a flower arrangement or to plant trees in memory of Marshall Warlough Crane, please click here to visit our Sympathy Store.

To order memorial trees or send flowers to the family in memory of Marshall Warlough Crane, please visit our flower store.