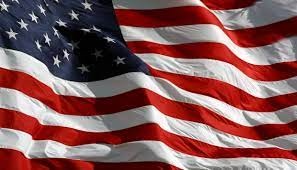 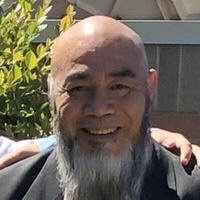 Ward was the 8th child in a large Latter-day Saint Family of nine siblings.

His is survived by his oldest sister Sailini, brothers Fogafalelua & Seuseu and younger Sister Pepe.

Ward is also survived by his children:

Ward spent his early years at his birth Village of Nuuuli and Mapusaga. He attended Elementary and Middle School at the Village of Faleniu. He had overcome some tremendous hurdles in his life. He was diagnosed with polio at the age of three years old. He had to learn how to walk again from losing all his strength, but through physical therapy, exercise, and determination, he beat the disease. All who knew him in later life he was completely different.

Ward idolized his older brother Fagatoele, who enlisted in the United States Marines while attending Northern Missouri Teachers College but was killed in the Vietnam War on 27 Dec 1969 during the Tet Offensive.

Ward’s favorite colors were red & white, which were the colors of his Mom’s village of Nuuuli.

Ward and his parents moved to Hawaii from Mapusaga, American Samoa in late 1969, together with some of his older siblings and their families.

In Hawaii, he attended Kahuku High School, home of the Famous “Red Raiders of the North Shore.”  He completed his freshman and sophomore years of high school there.

Ward then moved again with his parents, from Laie, Hawaii to Compton, California where he attended Dominique H.S. (Home of the Dons). He completed his junior year there, but decided to forgo his Senior year, and began testing for his GED. Shortly thereafter, he enlisted in the United States Army.

Our father has had many roles over the years such as husband, father, brother, uncle, and cousin. Some of which you know already, however he had many other special roles in our lives. We have known our father to be our protector and our rock. We are privileged to be his children. He was a teacher at heart even when he didn’t realize it himself. We learned various lessons from him. He taught us to honor, love, and appreciate everything around us. Dad was a straightforward man who demanded little from those around him and expected only the best for all his children.

Everywhere Ward went he made friends and was well respected and loved by many. Ward was proud of his humor. His humor was like the Great Salt Lake… salty. His smile was a ray of sunshine and comfort to us in our times of need. There was little dad feared, and his motto was to “never back down to a fight even if you know you’d lose”. He was pleased with his accomplishments throughout his life, one of which was his grown-out beard, which we all detested. He used to tease us that we couldn’t do anything about it and that it was here to stay.

Some of the activities dad loved was to go to the shooting range, the gym, and he especially liked to go out and eat with us all. We have memories of dad coming to grill with us and that the meat had to be cooked by him or it tasted wrong. He was a kind father who wanted to make sure our needs were always met whether it be for schooling or at home. Dad loved us dearly and our love for him was equally immense. We cherish the memories we have with our father and know that he is watching over all of us in heaven.

Funeral services will be held at 10:00am

To order memorial trees or send flowers to the family in memory of Ward Lokeni, please visit our flower store.