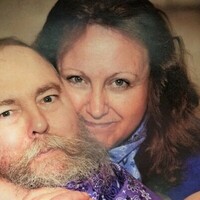 Wally was adopted at the age of 3 days in Redding, California and brought back to the family home in Midvale, Utah.  His parents were Franklin Keith and Shirley Steel Nosack. He had an older brother Kenneth Nosack and an Indian brother Billy.

When he was a young boy in Midvale, he loved to play kissing tag with all the neighborhood girls except he didn't realize that they all wanted to get caught. He loved riding his bike, sometimes going long distances. Wally also loved to visit his Grandma Steele at her home in Salt Lake City. He spent a lot of time at Keith's hobby house across the street from Grandma's house. He and his cousin Raymond spent hours making model cars of all kinds of models and tinkering around in Uncle Keith's shop. He also spent a lot of time at the  Nosak family farm playing with his little friend the cow. The little cow knew when Wally was there and would come running to the fence to greet him; they spent hours together.

As Wally grew older, his parents and educators could see that he had learning disabilities that didn't have names yet, but now we know them as Dyslexia 82, Dyslexia, AD and ADHD. His parents enrolled him in a group home or school in California called Devereux. His grades didn't improve, in fact they declined, but he loved living so near the beach. He loved the nature around Devereux. After a couple of years, he moved back home where his family owned three motels right across the street from Disneyland. His dad being a businessman got to know Walt Disney. Walt would make his make it a practice to give our family passes to Disneyland so that they could explore and be able to direct their customers to the most appropriate attractions. Many times Wally met Walt and they became best friends.  Walt would take him all around Disneyland to see rides that were not even opened yet. He would take him to the screening room to watch whatever cartoon Wally wanted to see. Walt told Wally to never grow up, so he became the eternal 11 year old! Wally enjoyed walking through Main Street in Disneyland and soon found himself in the magic shop where he met a very young Steve Martin who was working there. They loved to joke back and forth with each other, but they had to keep it clean since they were on camera.

Wally's father also became an educator and developed an Ebonic style of reading in an effort to teach Wally to read better and comprehend what he was reading. He had a classroom full of students that he was teaching this reading style to when one approached Keith with an adaptation she thought made sense and he gave her permission to move forward with it. They shook hands on it and it soon became known as Evelyn Woods Reading Dynamics.

Wally had many life experiences that gave him a zest for life. He took martial arts learning from Ed Parker and others. He became a Second- Degree Brown Belt. He was a professional dancer in a group learning to ballroom dance. He loved to go shooting with his dad. He raced sand buggies and dirt bikes. He spent lots of time at the beach where he was learning to surf. He took seminary in high school but he'll always tell people he graduated seminary at the beach. He loved to sing and play drums and he would tell you that he learned his drumming while watching the dancers in Disneyland and mimicking their steps on his drums.

Since he had ADHD, drumming was the perfect escape for him. He became 2nd best drummer in Southern California bowing to the better man who could do a one-handed drum roll. He played in bands in Las Vegas and many other venues.

Wally met and married the love of his life, Jacqueline Maughan. They met at church and got married three years later on August 28, 1998. Jackie had a son named Jason that Wally would tell everyone was his son. Their marriage was later solemnized in the Jordan River Temple of The Church of Jesus Christ of Latter-day Saints.

They spent their lives volunteering at the Rocky Point Haunted House. Wally's Passion was special effects makeup and he became one of their best makeup artists, often being asked to go to Hollywood to work on movies. He loved the kids and actors at Rocky Point Haunted House. He became the wise old man that everyone loved, trusted and leaned on in their troubled times.  He was the one everyone could talk to and laugh with. He was the gatherer. Many of these kids came in off the streets to work for the night and then go back out into the streets after the show was over for the night. Wally kept track of them and went out after them if he thought he could help. He loved every one of them. Wally and Jackie loved working at Rocky Point and it was a hard day when he finally had to retire. He missed the daily associations with them; all of them, actors, staff and set builders. It was those relationships that he missed.

Wally is survived by his wife Jackie; their four children, Darrell, Monica, Jason and Terry; and their 12 grandchildren.

He is preceded in death by his parents Keith and Shirley Nosack; and one granddaughter Jacqueline.

Masks are required at these events and locations. Thank you for your kind consideration of others.

Services will be streamed virtually at:

Join us on the following Zoom link: https://zoom.us/j/4848566030?pwd=RncydUtDeWNPTzQwTTZiRS9OcFhPUT09
Meeting ID: 484 856 6030 Passcode: pX7AHt
To order memorial trees or send flowers to the family in memory of Wallace D. Nosack, please visit our flower store.