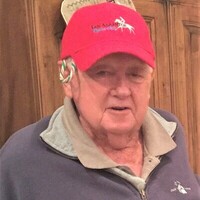 Wade William Oakeson “The Oak”, returned to his loving Father in Heaven on Thursday, August 13, 2020. He left this earth while at home, where he wanted to be. Wade was an amazing man, mentor, teacher, father, husband, brother, and most of all Grandpa. He gave himself the name “Crankpipe” instead of Grandpa, and all the grandkids called him by that name. He touched many lives with his knowledge and humor, and there wasn’t a day that went by that he didn’t say an unusual funny phrase about someone or something. Although he was stout, strong and prideful, down deep he was gentle. His heart was huge for the underprivileged, animals and children. Many who knew him, was well aware that there was never a “Good-bye”, rather it would be “later kid”, or “10-4”, his way of never letting go. This man will be missed by many, but none more than his sweetheart of 61 years, Janet Gehring Oakeson, of whom he married on October 15, 1958. The marriage was solemnized in the Salt Lake Temple.

To send a flower arrangement or to plant trees in memory of Wade William Oakeson, please click here to visit our Sympathy Store.

To order memorial trees or send flowers to the family in memory of Wade William Oakeson, please visit our flower store.