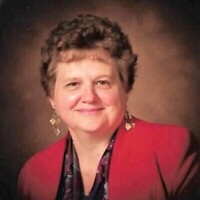 Veronica Mary Markisich Trujillo passed from our lives on December 11, 2020. The Christmas wish she has hoped for these many years, to be with her beloved husband Mark finally came true.

Veronica was born on June 26, 1937 in Rock Springs, Wyoming to George and Florence Markisich, the third of four children. She spent years of her childhood in the Wyoming area during lean times. Her Dad worked in mines, construction, and anything he could to care for his family. They moved to Coalville as she got older, where she attended high school. There Veronica met the love of her life, Marcus Trujillo and they were married after she graduated on March 9, 1956 in Park City Utah.

Over the next years, they had seven children. Their home was always full of love and laughter, six of those children being boys. No prank was too much, according to Dad. He was reprimanded often by Mom as he would tease his kids and grandkids. She would firmly chastise him, “Marcus, stop!” she would say. Other times as the noise level increased with the boys, Mom would yell, “Nick!”. She generally didn’t have to investigate the responsible boy; it was typically Nick.

After Dad became a police officer with West Jordan Police, Mom and Dad became active with Utah Police Officers Association. Marcus served his community with pride for many years until his passing in 1997. While some of us may not have received traffic tickets while driving in West Jordan, the speech we received from Dad after the officer reported our misdeeds to him was much more serious! Veronica supported him and served in the UPOA Auxiliary in various leadership positions. In later years, she was employed by UPOA as Chapter Administrator until her retirement. Veronica was an excellent marksman, winning many competitions at UPOA events. Until a few years prior her death, she enjoyed a day of target practice.

Grandma T, as she preferred to be called, is survived by her sons Tim and Robin, Anthony and Valerie, Chris who has taken excellent care of his Mom the past several years, Sidney and Teresa, Stanley and Clyde, Nick and Kris. Also, survived by her daughter in law Sue and Kevin Cazier, with whom she spent many holidays and special events with over the years. She is survived as well by grandchildren and great-grandchildren too numerous to count and by one great-great grandson. Also surviving are her brother, Sonny and Shirleen; and her sister Lila; and Joe as well as nieces; nephews and many other family members.

While we will miss her laugh, phone calls and questions she already knows the answer to, we know that on Christmas Eve, Veronica will be smiling and dancing with Marcus in a beautiful, red dress. She’ll be free of the infirmities she’s dealt with as she aged and of the pain brought on by COVID. Family will surround her as she finds her place again with our Dad, the only place she ever wanted to be!

Funeral services will be held Saturday, December 19, 2020 at 1:00 p.m. at Coalville City Cemetery. Due to COVID restrictions, masks and social distancing are required.

To order memorial trees or send flowers to the family in memory of Veronica Mary Trujillo, please visit our flower store.