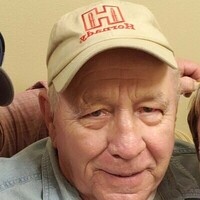 Vernon Al Patterson, passed away peacefully on April 15, 2022 in Taylorsville, UT. Vern was born on September 9, 1943 to William Ausby Patterson and Elva Pearl Roberg Patterson. He was preceded in death by his parents and two brothers, William and Ken Patterson. He married the love of his life, Khristina “Tina” Lynn Lasrich, on January 13, 1968. He had three children, William Mark Patterson, Rebecca Lynne (Patterson) Larkin (Darin), and Michael Vernon Patterson (Shantel).

Vern worked for Eimco for over forty years and during his employment he volunteered for Utah Youth Soccer Association. After retirement, he dedicated his time as a volunteer at the LeeKay Shooting Range. His family always came first and in his spare time he loved the outdoors, hunting, fishing, and target shooting. He was also a season ticket holder for the Utah Grizzlies for over 20 years and loved attending games with his wife.

His life changed when he got involved in soccer. His focus turned to the development of the youth, including his grandchildren. He was a proud and passionate man, the perfect father and grandfather, and will be missed by his entire family, friends, and all of those whose lives he touched.

He is survived by his wife, sister Sandy Patterson Franks (Clair); three children; six grandchildren; and four great-grandchildren (with another on the way).

No funeral or memorial service is planned and the family will notify loved ones in the future when a service is scheduled.

In lieu of flowers or gifts, please make a donation in Vern’s name to a youth sports charity or Ronald McDonald House Charities of the Intermountain Area.

To order memorial trees or send flowers to the family in memory of Vernon Al Patterson, please visit our flower store.