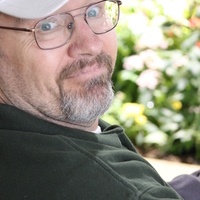 Vaun Marcus Petersen, our beloved husband, father and grandfather, passed away peacefully due to complications from a long battle with multiple sclerosis on December 16, 2021. He was born September 27, 1950, in Murray, Utah to parents Dahle Bennion Petersen and Fayora Belle Miller. Vaun was the sixth of seven children. He grew up in old Granger, Utah next to his Petersen grandparents. Vaun grew up working on his grandparent’s farm as well as the Winder Dairy and Cemetery down the street.

Vaun graduated from Granger High School in 1969, where he played football. He later graduated from the University of Utah in 1984 with a Bachelor of Science in Geology. He worked for Intermountain Health Care as the Operating Room Manager at Cottonwood Hospital for thirty years. He received his Master of Business Administration from The University of Phoenix in 2001.

Vaun married Leslee Ann Howick on August 12, 1977. The family was later sealed together for all eternity in the Salt Lake Temple on January 28, 1995. Vaun loved golfing with his family, skiing in Utah’s lakes and mountains, rockhounding, the Utah Jazz, and University of Utah football. He always preferred dessert to dinner and could not pass up dark chocolate. His greatest joy was his family, it is a mystery to this day how he found time to be everywhere for everyone on a daily basis. His happiest reward for all that work was becoming a grandfather to Jetty and Kit.

He is preceded in death by his parents; and sister Carol Hill.

We wish to thank IHC Hospice, St. Joseph Villa, and McDougal Funeral Home for their excellent care of Vaun. We also thank the friends and neighbors who have assisted and cared for us throughout his illness.

To order memorial trees or send flowers to the family in memory of Vaun Marcus Petersen, please visit our flower store.