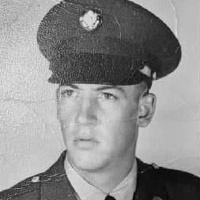 Tom Corbett McBroon Jr. was born the 6th day of April 1942, in Emery (town), Emery county, UT. The first child of Nola Lucy Anderson and Tom Corbette McBroon. Tom grew up in poverty, breaking wild horses with his father, selling hides from the coyotes he hunted and throwing bales of hay. He used the money from these jobs to help support his mother and three younger sisters, N. Charlene, Susen, and Donna Jean McBroon. In May 1960, Tom graduated from South Emery High School in Ferron, Utah. In November of 1963, Tom was inducted into the United States Army and served in the Vietnam war. He was honorably discharged in September of 1969.

On May 13, 1978, he married his second wife, Leatrice Joy Showalter beginning a new life with her and her three children, Lydia, Christopher and Stephen Hardy. In June that same year, he welcomed his first child, N. Laura, into the family, then his second child, Bonnie in 1979, and his third, Mary in 1985.

In 2012, Tom was diagnosed with stage II squamous cell carcinoma. He underwent a progressive treatment of chemo-therapy and radiation. He was declared cancer free in 2013, but unfortunately, this treatment caused his kidneys to fail further. He underwent dialysis treatment from 2015 to his death on June 14, 2019. Tom died of pulmonary complications with his children and wife at his bedside at the VA Hospital, in Salt Lake City, UT.

Private family services are being held in his remembrance. The family requests that in lieu of flowers, donations be made to Aging Services Senior Transportation service in honor of Tom McBroon: https://slco.org/aging-adult-services/donation/.

He was a good man, a great father and an old west cowboy who rode off into the sunset to hunt the buffalo. We will forever miss him.

To send a flower arrangement or to plant trees in memory of Tom Corbett McBroon Jr. , please click here to visit our Sympathy Store.

To order memorial trees or send flowers to the family in memory of Tom Corbett McBroon Jr., please visit our flower store.