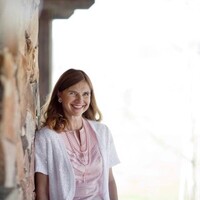 Therésa Anne Swiss was born on February 10, 1954, in Eureka, CA, to Harriette Jo Townsend and Truman Adler Davidson. She was known as Tisha or Tish or even Trish to everyone. Her dad called her “Star.” Raised by her good parents in the small community of McKinleyville, CA, she was an athletic, talented, and intelligent youth who loved to have fun.

When Tisha was 9 years old, her family met the missionaries of The Church of Jesus Christ of Latter-day Saints. They embraced the truths of the Gospel of Jesus Christ and were baptized as members. This began a lifelong commitment of compassion and Christ like service. She would often speak of how strongly she had wanted to join the Church when she was a youth, and she remained faithful to her beliefs throughout her life. Tisha credited the teaching of the Gospel of Jesus Christ with helping her to keep her bearings in life. Her kindness was known to all.

Tisha was raised on the northern coast of California. During her youth she had the opportunity to travel, including to both Mexico and Hawaii for parts of summers with family friends. She was an active student who loved to dance, was in a Mime Troupe and was a high school Song Leader. Following graduation from McKinleyville High School, she attended Ricks College for two years and graduated with an associate degree in the field of Interior Design in 1974. Her love for dance drew her to the campus folk dance group, Valhalla’s, where she performed and then toured in Canada.

On Christmas Day of her senior year of high school, she met Ralph Swiss, a local boy from Eureka, California. He had returned the previous year from serving a Church mission to Frankfurt Germany. Following a cancelled Church play rehearsal one Saturday afternoon, Tisha and Ralph wound up on a motorcycle ride through the backroads of Humboldt County, sparking a romance that would eventually lead to marriage, family and a lifetime of happy moments. Ralph and Tisha dated throughout her college days and were married in the Oakland Temple of The Church of Jesus Christ of Latter-day Saints on June 15, 1974. It was the same day as Ralph’s graduation from Humboldt State College. Ralph had no regrets passing on the chance to walk in his graduation to be sealed to Tisha in the temple. Tisha used the money she had saved to tour Europe that summer to buy Ralph’s wedding ring.

Ralph and Tisha began their life and family together in Logan, Utah. Tisha worked at the college bookstore while Ralph completed a master’s degree in Civil and Environmental Engineering. An offer to work and teach for the Seminary and Institute of Religion System of The Church of Jesus Christ of Latter-day Saints led them to the southern end of the Salt Lake valley. They eventually settled in Sandy, Utah, where they raised their six children. All her life, Tisha was active and involved. She loved aerobics and swimming, teaching both for many years. She served in multiple service and leadership roles with Relief Society and Young Women’s Organizations. Tisha always rose to whatever assignment she was asked to fill in remarkable ways. She loved the sisters, especially the youth.

When her youngest entered kindergarten, her love for children led her to pursue a career as a Classroom Aid at Peruvian Park Elementary School for over 23 years. Tisha’s former students would often stop by her home to say “Hi,” to Mrs. Swiss. She always had a treat to share with them. Most of all she was a great Mom and homemaker. As her children married, there are 18 grandchildren who now call her Grandma, her favorite title.

Tisha loved peanut butter in all forms, veggies and all flowers. She truly had rose colored glasses for eyes that helped her see the good in everything, especially in others. Tisha had an infectious smile and the ability to see the one who could not see themself. She was an example of the love that Jesus Christ has for all of Heaven Father’s children.

Tisha was first diagnosed with breast cancer in 2005. 2012 brought open heart surgery to repair damage from the radiation treatments. In 2018, the breast cancer returned, leading to more surgery and harsher chemotherapy treatments. In the Spring of 2021, Tisha learned that the cancer had migrated to her bones and that this time there would be no stopping it. Very few knew how much she suffered or ever heard her complain. She just kept going about doing good for others. When asked how she was she would simply say, “I’m hanging in there,” and we take things, “One butterfly flap at a time,” referring to the amazing butterflies who accomplish journeys of thousands of miles one flap at a time.

On June 6, 2021, as the light began to fill the mountain sky, Tisha peacefully completed her mortal journey and joined the clouds of heaven. The grief of her passing transformed to joy knowing that she is now in the Savior’s company and was welcomed by family and friends. She is survived by her husband, Ralph; her six children: Jonathan, Bryan (Sheena), Kevin (Shayna), Rebekah (James), Daniel (Rebecca), Dallin (Maria); her siblings: Truman, Richard, David, Rebecca; her mother, Harriette (Angelica), and 18 grandchildren.

For those who wish to attend virtually you may do so at:

Tisha had a genuine love for all people and would invite all of us to do the same.  In lieu of flowers the family invites those who would like to, to donate to one of the following cancer research organizations to help find a cure for this terrible disease.

To order memorial trees or send flowers to the family in memory of Tisha Anne Swiss, please visit our flower store.