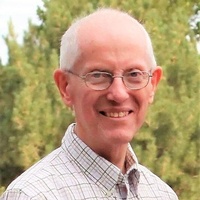 Thomas Dean Sevy, 77, passed away May 19, 2019 at Assisted Living of Draper, due to complications from Alzheimer’s.

He was born to Dr. V M Sevy and Rhea Christensen Sevy in Salt Lake City, Utah. He was the third of four sons. He married his sweetheart Elaine in the Salt Lake Temple, and they had four children.

He was preceded in death by his parents; and brothers Donald and David.

Tom played french horn, piano, and liked to sing. He earned his Eagle Scout award. He served a mission in the North British Mission and later served a stay-at-home mission with his wife in the Utah Salt Lake City South Mission.

Tom graduated from the U of U with a Masters of Social Work degree. After earning his degree, he moved his young family to Maryland to begin a career with the federal government, first as a psychiatric social worker with the VA, and then with the Institute on Drug Abuse, and ended his career in 1997 with the Institute on Alcohol Abuse and Alcoholism. After the move back to Salt Lake, he worked as a consultant. His hobby that earned him many awards and accolades was scroll sawing. He was also interested in family history and was great at keeping a journal and liked to garden. He worked at the 2002 Winter Olympics.

He served in many different church callings, including serving in 3 bishoprics and the high council. He worked in both the Washington D.C. Temple and the Jordan River Temple.

Special thanks from the family go to the loving care he received from the care givers at Assisted Living of Draper and Rocky Mountain Hospice.

In lieu of flowers, please donate to the Alzheimer’s Association www.alz.org.

To send a flower arrangement or to plant trees in memory of Thomas Dean Sevy, please click here to visit our Sympathy Store.

To order memorial trees or send flowers to the family in memory of Thomas Dean Sevy, please visit our flower store.