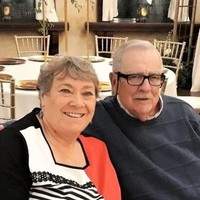 It is with great sorrow and loss that the family announces the passing of Thomas Edward Fischer.

He was born on March 1, 1938 to Charles and Eleanor Fischer in Cincinnati, Ohio.  He was the oldest of seven children.

He attended schools in Norwood, Ohio and graduated in 1955.  He served in the U.S. Navy and attended college.  He then began a career in the industrial pump business eventually owning his own business in Salt Lake City, Utah.

He is survived by four sons, Scott, Gregg, Brett, and Geoff Fischer.

In 2001 Tom began the second half of his journey and found his greatest blessing and lifelong calling in sobriety.  He was an active and involved participant and mentor in the AA program no matter where he was.

He also met and married Meredith Johnson, his second greatest blessing.  He gained a second family, Jody, Jason, and Jared Johnson.   Tom traveled with Meredith to all corners of the world and enjoyed every minute.  Tom made his home in West Jordan, Utah with his wife Meredith until last April when they relocated to Las Vegas, Nevada.

Tom Fischer was a man who exhibited love, caring, and acceptance to all he met. He leaves behind many friends and family members.  He will be greatly missed.

In lieu of flowers the family is requesting donations be made to a favorite charity in Tom’s name.

To send a flower arrangement or to plant trees in memory of Thomas Edward Fischer, please click here to visit our Sympathy Store.

To order memorial trees or send flowers to the family in memory of Thomas Edward Fischer, please visit our flower store.