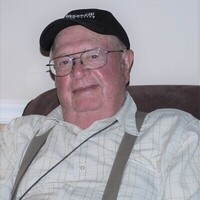 "Our Rock-Solid Pillar Joined his Patty"

Together they raised their six children: John (Kathleen) of Murray, UT, Pamela (Anthony) LaPine of Los Gatos CA, Penne Jolley (deceased), Lori (Perry) Mathews of Bernice OK, Arthur (Suzanne) of West Valley City UT and Tom (Renee') of Provo UT. Pat and Bill raised their children in the Millcreek area. Perry said of Dad, "No matter how you measure your success, the rearing of six unruly, stubborn and attitudinal children, with Pat by your side, in which each became independent and successful is truly a reflection of one of your greatest accomplishments."

Bill and Pat were blessed with 20 grandchildren and 23 great-grandchildren. Dad loved his grandchildren, all of them can remember his amazing stories and kind heart. One of his granddaughters, Elizabeth, said of him, "Papa, you are a man of indomitable humor. You are an eternal tease and are happy whenever you can offer a pun or two. My childhood memories still color my perception of you as a man with rough, grease-stained hands, a scratching beard and a man who is kind and gentle despite it all."

Dad served in the Air Force, he told us stories from his time serving. One favorite was when he was assigned to KP for weeks he would spend all day peeling potatoes, (he never peeled another potato). He attended and graduated from the University of Colorado as a mechanically engineer. Graduating from college wasn't enough learning for dad. He was always reading and exploring, he could always find something new to learn about, but he always seemed to know everything.

Dad retired after working for 30 years for Unisys in 1989. After our 1 8 months adventure living in Germany for Unisys, they wanted him to move to Minnesota. He decided keeping his family in Utah was more important and he left Unisys for a short time, he and mom opened a radiator shop. John remembers working side by side with dad and learning not only how to fix a radiator, but how to live an honorable life, he learned to work hard and to have integrity and loyalty. Dad eventually went back to Unisys to work until he retired.

The center of Dad's life was his family, which centered around his true love, Pat. He and mom lived a good life together. They had a life full of laughter and joy. They had challenges and disappointments, but they always came out the better. They seemed too always be together. Dad loved to have mom drive him around to run his errands, in and out of Harbor Freight and Costco a couple of times a week and the occasional run to Home Depot or Sutherlands. These errands were just one of the many ways they found time for each other. They both loved to travel and explore the world. They found adventure wherever they went, but the greatest adventure they had was raising their children and loving their grandchildren and great  grandchildren.

Dad loved each of us and managed to make each of us think we were his favorite. We learned to be responsible and dependable from dad. If we said, we would do something or we would be somewhere then we better do it. No discussion to get out of it. Just do it! Pam said, "Dad was also a man ahead of his time and he saw no difference between his daughters and sons when it came to anything. He expected us all to fix our own cars, work in the yard, help gather the perfect large rocks for a new project, and push through everything. He gave his daughters such a sense of self and self-worth and taught us we could do anything and be anyone we wanted to be". Dad gave us the desire and ability to work hard and to play hard. I always remember work came first, but when work was done, we found fun and joy in being together. Even during the most challenging times in our lives dad could find a way to make it seem like nothing was wrong. Dad always had time for us, and he created the best adventures. The best winter sledding hill ever, making an old tractor Inner tube fun and exciting, planting the biggest garden this side of the Mississippi. He even made work seem like an adventure, Lori remembers begging to go help him tar the roof of the shop one year, (he let her). Life was never boring with Dad.

Dad had a mistress; she was his mustangs. Cars of course. Dad's love for cars and especially mustangs, had him always working. For years dad collected mustangs that needed to be restored. Dad probably had 25 mustangs at the Mustang Ranch (his empty lot in Magna). He was always working on mustangs, when he passed away there was still one, he was working on in his garage. His love of tinkering wasn't exclusively mustangs. He loved to tinker with anything that had an engine.

Dad's quiet, hardworking nature was easy to see in everything he touched and did. He was slow and methodical as he approached resolving any problem or challenge. He was generally working in the background and not wanting any attention as he would fix cars, appliances, sprinklers, the house, basically if it was broken, he would fix it. Dad was willing to help anyone who would ask and even if they didn't ask. He was often found helping someone, when he saw something, he could help with he jumped in and worked. If he couldn't fix your problem, he would help another way. One of Dad's friends Janice told a story about dad before he married mom. Janice and her husband's car had broken down and was in the shop. Even though he hadn't known them very long he loaned them his Jaguar to use while their car was being fixed. Her big question was "Who loans practical strangers a Jaguar? The only person I know is your dad!"

When mom and dad decided to downsize their home one of the mandatory features of the new home was a "big garage". Dad found his garage in Lehi where they lived happily for the last 16 years. In Lehi, mom and dad found a new family to adopt the Mitchell's, they lived next-door to them and over the years they became Grandma Pat and Grandpa Bill to each of the Mitchell children. The Mitchells have given so much time and energy to helping both our parents we will be eternally grateful for all the Mitchell family.

Dad loved Mom, they were always together, if you saw mom, dad was never far behind. So, it is no surprise that dad has followed her just 3 short months after she passed. We miss him, but we know Dad and Mom have started another great adventure.

At dads request we will not be doing a public funeral at this time. We will have a Celebration of Life Memorial for Dad at a later date.

To order memorial trees or send flowers to the family in memory of Thomas William Bradley Jr., please visit our flower store.