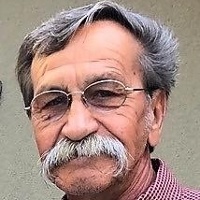 Steven Ellis Wilding, age 73, passed away following a courageous battle with cancer, at the home of his dear friend, June Clyde. Steven was born in Idaho Falls, Idaho, to Thomas Preston Wilding and Norma Louise Vincent. He was the second of nine children.

Steven enlisted in the US Army Reserve after he graduated from high school in Pleasant Grove, Utah. He went to basic training in Fort Ord, California and fulfilled an eight year commitment.

Steven attended Utah Technical College at Salt Lake and received his plumbing certification. He was a skilled plumber of both commercial and residential and worked throughout the western states.

Steven had a love for anything with a motor - especially antique cars. He owned a 1930 Model A that was his pride and joy. He organized and participated in many antique car shows to help raise money for Shriners Children’s Hospital. He also loved motorcycle trips with his friends.

Steven had many friends. He was kind and generous, willing to give you the shirt off his back and was a mentor to many. He was described as a better Christian than most religious people.

He was preceded in death by his parents, Thomas and Norma Wilding; wife, Peggy Sills Wilding; and daughter, Angie Ringlee.

To send a flower arrangement or to plant trees in memory of Steven Ellis Wilding, please click here to visit our Sympathy Store.

To order memorial trees or send flowers to the family in memory of Steven Ellis Wilding, please visit our flower store.