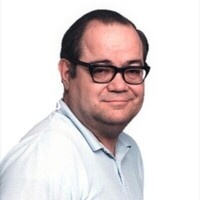 On Sunday, August 8, 2021, Stephen Marshall Peterson, loving husband and father passed away at the age of 78.

He graduated from Granite High School before going on to graduate from BYU with a B.S. Degree. He worked at Hill Air Force Base for approximately one year before working 36 years in Structures for the State of Utah - Department of Transportation before retiring in 2006. Throughout his career he attended various educational programs at USU, U of U, West Minister, College of Southern Utah, Salt Lake Community College, including others.

On December 23, 1971, he married the love of his life Mary Alice Thompson in the Salt Lake Temple. They raised three sons, Mike, Brian and Darrell, including four daughters, Laura, Katie, Keri and Esther. In all, they have 17 grandchildren.

Stephen loved studying history and would share it with anyone. He loved building things with his hands and helped many people with remodeling projects when he was younger. When he wasn’t learning or helping other people, he enjoyed carpentry, fishing, archeological digs, joking & teasing, ice cream, temple work, snuggling and spending time with his children, grandchildren and numerous pet dogs. He served as a clerk in several Bishoprics and was an active member of the Sons of Utah Pioneers and served in many roles with the Scouting program. He loved his family and The Church of Jesus Christ of Latter-day Saints. He served a two-year mission in Southern California after High School and later served a mission at the Bishops Storehouse in Magna, Utah after his retirement.

Stephen was preceded in death by his parents George and Mabel Peterson; his brother George Peterson Jr.; sister Renee Perschon; his daughter Esther; and grandson Ashton.

To send a flower arrangement or to plant trees in memory of Stephen Marshall Peterson, please click here to visit our Sympathy Store.

To order memorial trees or send flowers to the family in memory of Stephen Marshall Peterson, please visit our flower store.