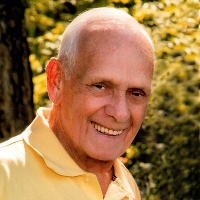 Stanley Ross Wright (84), devoted husband, beloved father, grandfather, brother and uncle passed away peacefully on August 7, 2019 in West Jordan, Utah. In life, and at his passing, he was surrounded by family and loved ones.

“Stan the Man” was born February 7, 1935 in Sandy, Utah to Herbert Emil Wright and Frances Minerva Curtis Wright and was the baby of 8 children. Stan attended school in Sandy and was proud to be a Jordan Beetdigger where he excelled as a Judge in the Student Court and a pitcher on the baseball field. Stan was drafted into the army during the Korean War where he was selected as a company clerk. Stan married Eddis Kay Williams of Malad, Idaho on August 16, 1963. Their marriage was solemnized in the Salt Lake Temple on August 16, 1986. Stan and Eddis are the parents of four children. Stan earned a Bachelor’s degree from Utah State University and a Master’s Degree from Brigham Young University. This paved the way for Stan to be a very successful teacher at Hillcrest Junior High School for 33 years until he retired. Stan and Eddis were active in The Church of Jesus Christ of Latter-day Saints and loved their opportunity to serve as Senior Missionaries in the Salt Lake City South Mission. Stan was passionate about music and sports but his greatest legacy is his family in which he took great pride. He was always so grateful for “the family ties that bind.”

The family would like to thank the staff at Sunridge Assisted Living, especially Heather, Kaisley, and Marie for the tender loving care they provided for dad.

To send a flower arrangement or to plant trees in memory of Stanley Ross Wright, please click here to visit our Sympathy Store.

To order memorial trees or send flowers to the family in memory of Stanley Ross Wright, please visit our flower store.