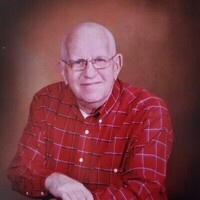 Simon Aardema, born March 8, 1941 to Klaas Aardema and Grietje Hookstra in Leeuwarden Holland. Simon passed away February 24, 2022 at the age of 80. He lived in West Valley City for most of his life with his loving wife and best friend Kathy.

His battle with health issues over the last few years showed his strength and courage while still doing it with a smile. Simon came out a Hero and  stayed strong all the way to the end.

Simon and his father, mother, one brother and his four siblings immigrated to Utah from Leeuwarden Holland in 1954 on the ship named Zuiderkruis. They brought only 4 suitcases, one handbag and a briefcase for the entire family. During his childhood, Simon grew up loving to ice skate, playing soccer and always talked about riding in the truck with his Dad delivering ice cream. He shared many memories, stories and his love for the “Old Country”.

Simon met the love of his life, Katherine Shepherd in Salt Lake City, Utah, with a group of her friends. He always said he met the cute blond girl  with the cute little giggle. They were married for 64 years and did everything together. They raised 4 children, Dennis (Dauna), Lynn (Judy), Kim  (Chris), Teresa (Terry); 9 grandchildren; and 13 great-grandchildren.

He enjoyed keeping his yard in immaculate shape, coaching his Son’s little league baseball teams, spending time at the family cabin in Kolob  Canyon while playing cards with his kids and grandkids (we think he cheated) and throwing horseshoes. He loved bowling (and was very good at it). He loved showing his 1955 Oldsmobile in car shows, trap shooting and all the family get-togethers.

He started his first job at Jenkins Leather in Salt Lake City, Utah at a very young age. This is where his love for leather all began. He later drove truck and then started his own business, Simon’s Custom Leather. He was very well known for his craftsmanship for making custom gun holsters, knife scabbards, saddles, belts, chaps and so much more. If you have a piece of his work you know the high standard, quality, and perfection he  put into each and every piece. Simon had a great sense of humor and a renowned level of sarcasm. It didn't matter the situation, he had a joke to bring a smile to anyone's face. He always had a story to tell. If you’ve ever met Simon, you would definitely remember him. He was never afraid to speak his mind. Simon impacted and changed the lives of so many around him with his great life advice. He was the greatest husband, dad,  grandpa and great-grandpa. He was so proud of all his children and grandchildren. Family was his everything!

We’re sure he had a wonderful reunion with his dad, mom, brother, sisters and two grandchildren and all the others that passed before him. He is  probably now telling a joke or a story and enjoying a cup of coffee. He will be missed and remembered by so many. He is now at peace but it’s still so hard losing such a great man.

This is not goodbye, this is we will see you later.

To order memorial trees or send flowers to the family in memory of Simon Aardema, please visit our flower store.