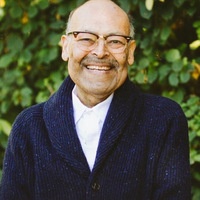 Ruben Joel Morales beloved brother, father, grandfather, and dear friend returned to his Heavenly home this past Saturday January 1, 2022, after battling stage four cancer. He was born on March 7, 1955, in Hayti, Missouri to Nicolás and Rita Morales. He was the fourth of seven children who came into that home.

Having lived in poverty for most of his childhood and having to work at a young age he was able to achieve the American Dream. He throughout his life saw the hand of the Lord in his life and in the lives of others. His love of Christ saw him serve as a missionary in the Buenos Aries Argentina mission, Branch President, Bishopric Counselor, High Counselor, and other church callings. As a young man he developed his keen mind and enrolled in welding classes at the College of the Desert in Palm Desert, California where he soon thereafter became an apprentice and further developed his skills into the well respected and highly talented welder, pipefitter, and fabricator he was later known for. Ruben was a member of the United Association (UA) of Plumbers, Welders and Pipefitters Local 140 in Salt Lake City where he helped build the critical infrastructure and technologies that have allowed this country to progress. He married his true love Noemi Torres in the Salt Lake City Temple on May 24, 1989; he was a loving father, husband, and grandfather to his family.

He is survived by his wife Noemi; and children Joel, Jacob (Reyna), Nefi and Adan; two grandchildren Matías and Edén.

He is preceded in death by his parents Nicolás and Rita Morales.

To order memorial trees or send flowers to the family in memory of Ruben J. Morales, please visit our flower store.