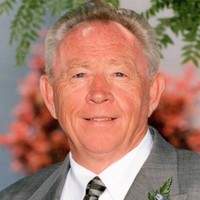 He spent his early years in Granger and later moved to Salt Lake City, then Sugarhouse with his mother and sister. He attended Columbus School, Irving Jr. High and South High School. Dad later earned his journeyman and then master’s electrician license at the Tradetech. He was a member of the Local #354 IBEW Union for 55 years. Dad enjoyed being an entrepreneur owning and operating two KFC restaurants, pie shell manufacturing operation, QFS Sales & Service, DC Power Systems and Insum Enterprises.

He was married to Irene Elmer (later divorced) after which time he found and married his eternal companion Susan Combe. They were later sealed in the Jordan River Temple and enjoyed 44 years of marriage.

Dad had many hobbies and excelled at everything he tried. Among these included traveling, building and remodeling homes, “relaxing” at the cabin, reading, and spending time with his family. Dad is a member of The Church of Jesus Christ of Latter-day Saints and has a special testimony of the gospel.

Funeral services will be held at 11:00 AM, Friday, January 3rd, at the Midvale East 5th Ward at 240 East Greenwood Circle (7570 South), Midvale, Utah. A viewing will be held prior to the funeral at 10:00. Interment, Bluffdale City Cemetery. In lieu of flowers, donations may be given to the Huntsman Cancer Institute.

To send a flower arrangement or to plant trees in memory of Royce W MacKay, please click here to visit our Sympathy Store.

To order memorial trees or send flowers to the family in memory of Royce W MacKay, please visit our flower store.