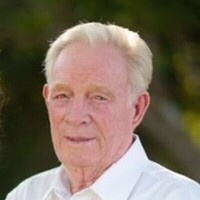 Ronnie Almond, 85, a gentle giant, was called home on Saturday October 3, 2020. He passed quickly and peacefully, surrounded by his wife and children who loved him beyond words. Ronnie was born on February 5, 1935 in Hartlepool, England to Nancy Ann Short and Joseph Sydney Almond. He was proud of his heritage. He honored and loved his parents and siblings every day of his life. He will be remembered as a peacemaker and kind husband and father. He was a humble man who didn’t need much to be happy and was always more concerned about the welfare and happiness of others, especially his family. He made each of his eight children feel as if they were his favorite. The hallmark of his life was family and faith.

As a boy, he fell in love with the game of soccer, where he played for the City team. At the age of 15, that love continued in the United States where his talent ultimately led to an invitation to try out for the US Olympic Soccer team. In 2001, he was inducted into the Utah Soccer Hall of Fame.

Dad embodied the pure love of Christ and he devoted his life to serving those around him; beginning with family and extending to all of God’s children. He served a mission for The Church of Jesus Christ of Latter-day Saints in Liverpool, England. When his mission was over, Ronnie eagerly rushed home to marry his sweetheart, LaRae Nish, in the Salt Lake Temple, on January 30, 1959; a love story that lasted 61 years. Soon after starting their family, they were called to serve a construction building mission in Montevideo, Uruguay with their three children. He eventually would build churches all throughout South America. It was there that he developed his love for the Spanish language. Later in life, Ronnie and LaRae were called to serve a three-year, Spanish speaking, Inner-City mission.

Ronnie was a brick mason contractor for 61 years. He loved his craft and took great pride in his work. He cherished the opportunity to work side by side with his sons and grandsons. He taught them and many others by example to work hard, be honest, and to have integrity. Besides the beautiful buildings he worked on, his greatest source of joy came from teaching his trade and then working alongside his partner and eldest son, Mark, for 42 years.

He loved hunting with his boys and taking them to “Almond’s Mountain” for the deer hunt. He was an avid sports fan and a longtime supporter of the Utah Jazz and BYU sports. He loved supporting his children and grandchildren in their many activities. After a hard day at work, if you couldn’t find dad working in the garden, you would find him in his favorite rocking chair watching Fox News, or as the kids say, “Fake News”.

The Holy Ghost was his constant companion. He lived his life as a disciple of Christ and he can truly say as Paul said, “I have fought a good fight, I have finished my course, I have kept the faith; Henceforth there is laid up for me a crown of righteousness which the Lord, the righteous judge, shall give me at that day.”

“Ron laid his last brick when the coffin closed.”

To order memorial trees or send flowers to the family in memory of Ronnie Almond, please visit our flower store.