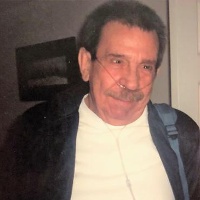 Ronald Paul Seewer passed away on August 15, 2019 at home in Salt Lake City, at age 81, after a long illness. He was born December 18, 1937 in Salt Lake City. He was the son of Richard and Alberta Seewer. He grew up in Rose Park and attended West High School.

Ron served in the U.S. Army from 1955 to 1958 where he was a paratrooper in the 11th Airborne Division, worked in human resources and represented his base playing baseball and football. He enjoyed sports, boating, camping and playing cards, especially with his grandchildren. He was an avid fan of University of Utah football and any team that played BYU. He spent much of his life working in sales. Despite years on oxygen and kidney dialysis he never gave up his desire to have a job.

Ron is survived by his other half of 37 years, Judy Bailey, who lovingly cared for him to the end. He is also survived by two sisters; a brother; children; step-children; 26 grandchildren; and 11 great-grandchildren.

Ron was cremated per his request. A memorial service will be held Friday, August 23, 2019 at 9:00 a.m. at McDougal Funeral Home, 4330 S. Redwood Road. Interment will follow at 11 a.m. at Utah Veterans Cemetery & Memorial Park in Bluffdale.

To send a flower arrangement or to plant trees in memory of Ronald Paul Seewer, please click here to visit our Sympathy Store.

To order memorial trees or send flowers to the family in memory of Ronald Paul Seewer, please visit our flower store.