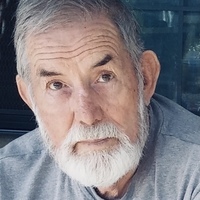 Ron grew up with four brothers, Wayne, Paul, Joseph, and William, on their family farm in Trenton, Utah where he spent his young years working the earth with his brothers and father. After high school he served a mission in the New England States Mission followed by a short stint in the Army, where he was given an honorable medical discharge after becoming ill with a mild case of polio.

In November 1958, in the Logan, Utah Temple, he married his life’s love Kathleen Ann Clarke, the pretty girl just around the “little mountain” in the neighboring town of Newton. They had 63 wonderful years together (though Alzheimer Disease snuck in like a thief in the night and robbed them of some of the opportunities of their later years together).

Dad worked several odd jobs early on until landing on his life’s career as a Deputy Sheriff for the Salt Lake County Sheriff’s Department, where he spent the next 35 years. He spent many of those years working side security jobs in many places, where he befriended many people and gained a respect for being such a good, kind friend to all (and a bit of a tease).

He also had a deep love of fishing; at times with all of his sons-in-law and buddies on their several trips to Canada to catch Northern Pike, or with his wife Kathy down on Scofield Reservoir where they kept a small trailer and an even smaller fishing boat that logged many a nautical mile. But his favorite fishing was later in life with his brother Joseph, fly fishing the Yellowstone until health for both of them began to fade.

He loved taking rides in his Jeep (his father’s until passing, and the same one in which he courted his sweet wife) with his seven grandkids (never all at once). They would get ice cream or ride the tiny hills on the west side of the valley that the kids thought were mountains and he delighted in exciting them with. The grandkids all have happy memories of those days and the many weekends he and mom would take them for biscuits and gravy at the Hardee’s on Redwood Road.

When his work years were over “Retirement” didn’t really fit into his repertoire and so he went right back to work moving trucks for his son-in-law Carl Burke, who ran a Ryder/Budget truck outlet. But his great passion was working his garden, where he found solace in the earth and nurturing his plants. Many folks were blessed by the abundant amounts of healthy garden fare he loved to share and many a delicious jar of salsa has been consumed with delight, ingredients supplied by dad-and it tasted so good because of the love he put into his nurturing work.

Dad also loved the outdoors and we had many trips camping with our fold up trailer, our favorite place being Tony Grove in Logan Canyon. He often took us hiking where we could “see” nature in action. We always said he could hike farther than anyone and climb better than a mountain goat-all while wearing his favorite footwear, cowboy boots. He taught us to love Vienne Sausages as our hiking protein, and we did not find out until many years later that he hated them, but they were a cheap, easy to carry self-contained nutrient (who knew)!

Dad loved to take long walks-usually very early in the morning and for many miles. He loved history, sitting with his little grandchildren teaching them every animal in the kingdom, the road trips with mom to Yellowstone, the Dakotas, Carlsbad (with all the grandkids) and many other spots.

He also loved imparting his wisdom:

Early to bed and early to rise, would make us healthy, wealthy, and wise (old wives’ wisdom). All the things that are on top of Old Smokey (apropos as it took him a year of courting mom for a first kiss and then she had to steal it), and what all can be found way down south in the land of cotton (army version). Or that eating all our food would make us strong and put hair on our chest and lead in our pencils (that one a product of living with four brothers that made us three daughters shutter just a bit when we figured out just what it meant).

He was the “glue” in our family and a force for good in our neighborhood of 54 years in Taylorsville. Many of the kids from the “hood” (now quite adult) came to pay respects to him in his final days, sharing their gratitude and love for a man they felt had mentored them and blessed their lives for good-and that is just the plain truth of it for all of us.

In dad’s later years Alzheimer’s began to steal his mind and body but his essence always remained, and we were able to come together in a space and in ways that allowed us to care for him to the end. The blessings are ours and are many, and we are grateful for our faith and knowledge that he lives on and is now at peace in the loving arms of his God and family members who went before him, including his beloved firstborn daughter Jana Marie.

He is survived by his loving wife Kathy; 2 daughters, Lisa (Keith) Lewis, Lori Burke; 7 grandchildren; 6 great-grandchildren; and our “adopted brother” Brian Bridge (Becci), who also called him dad and has remained a constant part of our family since he was a young boy in the “hood”.

To send a flower arrangement or to plant trees in memory of Ronald Scott Jensen, please click here to visit our Sympathy Store.

To order memorial trees or send flowers to the family in memory of Ronald Scott Jensen, please visit our flower store.