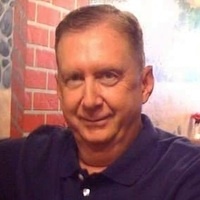 Ronald Dale Openshaw passed away peacefully at home on January 11, 2022, at the age of 77. He was born on July 25, 1944, in Kingman, AZ to Glen Alfred and Marilyn Claire Openshaw. Ron lived most of his childhood in El Paso, TX and then with his family he moved to Portage, IN, where he graduated from Portage High School in 1962. Ron moved to Utah to attend BYU where he met Betty, whom he married on June 29, 1967, in the Manti Temple. The couple had four daughters.

Ron worked hard his entire life and always fulfilled his responsibilities. He enlisted in the US Army Reserves and attended basic training in January of 1967 at Fort Lewis, WA., then went to Medical Training for the Army Reserve Medics in San Antonio, TX. He enrolled in active-duty Army and moved with his growing family to Fort Lewis, WA, to work as an office clerk, then to Aurora, CO to attend Fitzsimons Army Medical Center for LPN training, and then to Armstrong Barracks in Buedingen, Germany where he worked as the Head of the Dispensary. Ron and his family then moved to Fort Bragg, NC where he was part of the Combat Support Hospital and worked in the emergency room. He retired from the Army in 1979, moved with his family to Midvale, UT where he graduated Physician Assistant (PA) school at the University of Utah. He served a total of 23 years in the military, including his service in the Utah Army National Guard. He worked as a PA in Family Practice with Dr. Maurice Baker until he retired. His patients loved him because he could suture with minimal scarring, administer shots that usually didn’t hurt, and took the time to give them the attention they needed.

Ron served as the Gelnhausen Servicemen Branch President for The Church of Jesus Christ of Latter-day Saints while stationed in Germany, was a member of the High Counsel, Scoutmaster, Ward Mission Leader, counselor in the Bishopric, and in various other church callings throughout his life.

As a father, Ron was always available when his daughters needed advice or help. He helped them to grow closer to the Savior. He taught them how to work hard. They enjoyed listening and re-listening to his boyhood stories of getting into trouble with his older brother, Bob. Ron spent several years building and flying RC airplanes while stationed in Germany. Ron and Betty began dabbling with organic gardening back before it was cool. Later in life he was known for growing giant, beautiful, tasty peaches on his trees in the backyard. He was a fan of telling jokes and always had a few new ones to share with those around him wherever he went. His grandkids especially enjoyed his sense of humor.

He was preceded in death by his grandson Bobby Healey; his parents Glen and Marilyn Openshaw; and his step-mother Virginia Openshaw.

Funeral services will be held on Tuesday, 25 January 2022 at 11 A.M. in The Church of Jesus Christ of Latter-day Saints Ward Building located on 2976 W. Winchester Dr, West Valley City, preceded by a visitation from 9:30-10:45 A.M. Interment, Utah Veterans Memorial Park.

To order memorial trees or send flowers to the family in memory of Ronald Dale Openshaw, please visit our flower store.