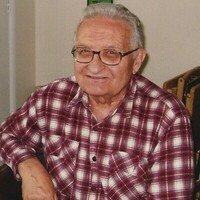 Roger Carl Sanger was called home to be with our Father in Heaven. He passed away peacefully on January 27, 2022.

Born August 25, 1935, in Miller, South Dakota to Carl and Norine Sanger. He was a 1953 graduate of Redfield High School, Redfield, South Dakota. He later married Marilyn Lee and had three sons, Terry, Stacy, and Myron. He took over the family farm for a short time when his father retired. In the late sixties he sold the farm and moved his family to Watertown, South Dakota, where he went back to school and was trained as an aircraft mechanic and learned how to fix and repair airplane wings. At that time, he also obtained his private pilot’s license and would take us on plane rides through the clouds. He loved taking time to play catch in the yard and camping with his sons. He loved spending time with his family. In 1971 he once again moved his family to Salt Lake City, Utah where he found work at the airport. He also worked as a certified welder for a couple of companies in Salt Lake City. He later divorced.

In June 1979 he married the love of his life Mary Jo. Together they traveled to many countries and saw many wonderful things together. His passion was making and carving beautiful candles that he would sell at local stores and at the state fair. He was a man who loved the Lord with all his heart and gave selflessly of himself. He loved life and all people he met he treated as friends and family. He was always there to lend a hand or a smile for someone in need and I never heard him complain. He loved his family and was a great example of what a husband and father should be. Eventually he became a caregiver to his wife. They were married for 43 wonderful years.

He is preceded in death by his parents Carl and Norine Sanger; one son, Myron Sanger; and sister, Lorraine Clark.

To order memorial trees or send flowers to the family in memory of Roger Carl Sanger, please visit our flower store.