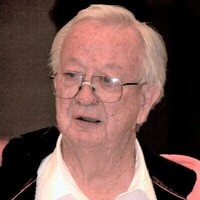 Robert Neil Swensen, age 85, left us for a better life on November 10, 2021. He was born on May 23, 1936 to Chris and Lilian Swensen in Iona, Bonneville County, Idaho. He attended grade school at Iona Elementary, Junior High at Ucon, and graduated from Bonneville High School in Ammon, Idaho in 1955. He completed a mission for The Church of Jesus Christ of Latter-day Saints where he had the privilege of visiting the Lutheran Church in Nibe, Denmark where his father was baptized as a baby. He graduated from Ricks College in 1961 with an associate’s degree where he met the love of his life Irene Bassett, They married in the Idaho Falls, Idaho Temple, August 24, 1961. They had five children: Heidi, Randy, Diane, Jeremy, and Rikke. He served in many capacities in the church including Seventies Group Leader, Ward Clerk, counselors to the MIA president and the High Priest Group Leader, Sunday School President, and taught many Sunday School classes. One of his greatest joys was serving as a temple worker in the Jordan River Temple. He loved to camp, fish, travel, garden, cook, photography and do carpentry work. He enjoyed spending time with his family and visiting with people wherever he went.

To send a flower arrangement or to plant trees in memory of Robert N Swensen, please click here to visit our Sympathy Store.

To order memorial trees or send flowers to the family in memory of Robert N Swensen, please visit our flower store.