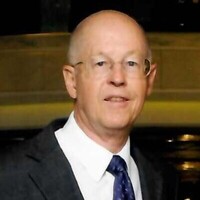 Heaven received a great man when Robert Powell, our loving husband, father, son, and brother, passed away June 16, 2020, at the age of 79. Robert was born in Nephi, Utah, where he grew up and attended Juab High School, where he graduated as the valedictorian. He earned the rank of Eagle Scout and participated in the National Scout Jamboree at Valley Forge. Robert graduated in electrical engineering from BYU and went on to receive a master’s degree from the University of Southern California. Robert married his sweetheart, Patricia, in the Oakland Temple of The Church of Jesus Christ of Latter-day Saints. Together, they raised five children (Kirk, Jay, Kristy, Mark, and Eric). Robert was very active in his church and served faithfully in many church callings. Robert and Patricia served a mission to the California Oakland mission.

Bob worked his entire career as a licensed professional electrical engineer for Utah Power and Light Company (later PacifiCorp). He loved fishing, was an avid scouter and ham radio operator, could repair anything that needed fixing around the house, and would sing along enthusiastically to most hymns and many old-time favorite tunes. He was a devoted provider who modeled well the enduring principles of hard work and loyalty.

His and Pat’s wonderful legacy includes 17 grandchildren and 6 great-grandchildren, who cherish him for his exemplary life of loving service and will miss him dearly!

To send a flower arrangement or to plant trees in memory of Robert Belliston Powell, please click here to visit our Sympathy Store.

To order memorial trees or send flowers to the family in memory of Robert Belliston Powell, please visit our flower store.