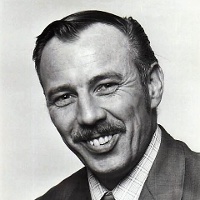 His memorial service will be held on Saturday, 1 June 2019 at The Church of Jesus Christ of Latter-day Saints, located at 3970 South 5200 West, West Valley City, Utah. Robert will later be laid to rest at Utah Veterans Cemetery & Memorial Park in Bluffdale, Utah.

Robert was born on 3 June 1938 in San Francisco, California to George and Georgia Portlock. Robert’s early years were involved in the local chapter of 4-H and while attending Ukiah High School, Robert worked as an intern volunteer, fighting brush fires, and also participated in DeMolay, the international Masonic organization for young men. Robert did not graduate high school, instead choosing to join the United States Navy at age 17. He became a Medical Corpsman stationed in San Diego in about 1956-57. He was a member of the Masonic order (Scottish Rite) and a “Shriner.”

He was baptized a member of The Church of Jesus Christ of Latter-day Saints where he was ordained a Deacon, Teacher, Priest, Elder and High Priest. He served in many callings in the church including Gospel Doctrine teacher with wife Barbara in their local church ward in Sunday School.

Robert spent many years in public service with employment including Arlanza Fire Department (Volunteer), Ukiah Fire Department, Santa Rosa Fire Department, and for the Sonoma County Sheriff’s Office as Deputy and Detective. He was an Escort/Bodyguard to Ronald Reagan during the 1968 campaign for Governor of California. He also worked as a Fire Protection Engineer for an insurance company out of New York. He served as President of the Sonoma County Sheriff’s Association. Robert retired to Twin Falls, Idaho in 1983 and purchased a TraveLodge Motel. Robert decided to go back to College and earned a Master’s Degree in Business Management from the University of Phoenix.

He and Barbara later drove 18-wheel semi-trailers across the country for various trucking companies, including Swift, JR England, Freymiller, and Frito-Lay. Robert liked Johnny Cash and pretty much anything Country. He was fond of Creedence Clearwater Revival, particularly Back Door and Down on the Corner. He was acquainted with the Irish Rovers, who gave him a copy of their hit records, Liverpool Lu and Did She Mention My Name.

To send a flower arrangement or to plant trees in memory of Robert Dwain Portlock, please click here to visit our Sympathy Store.

To order memorial trees or send flowers to the family in memory of Robert Dwain Portlock, please visit our flower store.

The Church of Jesus Christ of Latter-Day Saints