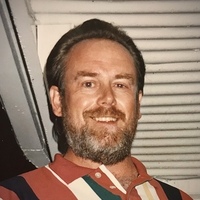 Richard “Toom” Wells, 63, passed away on Sunday August 22, 2021.  Rick was born in Pocatello, Idaho or as he would sing “I was born... in the Rocky Mountains naked”.  He grew up in Taylorsville, Utah and lived in the same neighborhood as his sweet wife Lisa.  After throwing many snowballs her way and waiting a few years they started dating in high school.  Rick graduated from Cottonwood High School in 1976 and later married Lisa in 1978. Together they raised three amazing daughters.

He loved being a girl dad which meant attending every dance and clogging event along the way. Rick had a very adventurous spirit.  From dirt biking and four wheeling, water and snow skiing, camping and fishing, he loved the outdoors and being in nature.

He spent his working years with US West, Qwest, and CenturyLink in many positions and retired in 2013 as an Air Pressure Technician.  He loved working with his hands and spending time in the woodshop.  As a carpenter and an artist, he owned Wells Wooden Originals with his wife, selling their pieces to various shops.

Rick has always loved animals.  He would bring home alligators that his mom allowed him to keep in the tub for a few days, raised and showed rabbits, and would take anyone to the reptile shows.  His true love was dogs.  He was heavily involved in dog training, everything from obedience to guard dogs - he was the best at it.

Rick’s sense of humor was everyone’s favorite and he loved to tease.  He loved when he could get you to think he was serious, when very rarely he was.  It was always “MERRY” everything.  Merry Birthday, Merry Thanksgiving, and Merry 4th of July.  Any time of day was “Good Mornin’ “.

Rick was a member of The Church of Jesus Christ of Latter-day Saints. Later in life he was endowed and sealed to his wife and family in the Jordan River temple.  He cherished and worked on his relationship with his Heavenly Father.

Richard is survived by his father Glen Wells; three daughters and their husbands, Jared and Lindsay Lane, Darrell and Shalene Morris, Tyler and Megan Thurgood, and eight beautiful grandkids; two brothers and their wives, Mike and Launa Wells and Chris and Lu Wells. He is preceded in death by his wife Lisa, George Wells and his mother Georgia Wood Wells.

There will be a PRIVATE FAMILY GRAVSIDE SERVICE held in his honor.  In Lieu of flowers please donate to Ruff Patch Rescue (https://ruffpatchrescue.com)

To send a flower arrangement or to plant trees in memory of Richard David Wells, please click here to visit our Sympathy Store.

To order memorial trees or send flowers to the family in memory of Richard David Wells, please visit our flower store.