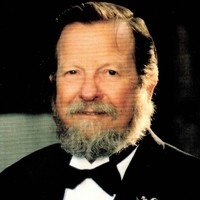 Our beloved father, grandfather, and great-grandfather passed away September 8, 2019 surrounded by his children following a short illness. He was born November 26, 1929 in Salt Lake City, Utah.

He graduated from West High School. In his youth, he boxed in the Golden Gloves. He often fought opponents that were much bigger than he was, but he typically beat whoever stood in front of him. After high school he proudly served in the United States Army. Following his discharge from the Army he began his career working on the railroad. First with the Rio Grande Railroad and then with the Union Pacific Railroad.

In 1953, he married Marlene Johnson (later divorced). Together they had four children, Susan, Steven, Julie, and Nancy. Later he met and married LaDonna Sanders (deceased 1997) and they had two children, Richard Jr. (Rick) and Carolee (Carrie). He was a devoted family man and loved his children immensely. He would do anything for them, even to his own detriment. He also loved the outdoors and was an avid hunter and fisherman for most of the early part of his life. After he retired from the U.P. in 1991, he and LaDonna spent most weekends selling antiques and furniture at the Redwood Swap Meet. Later in life, playing poker became his passion and he spent many hours at the poker tables in Wendover. More recently he would spend his mornings at Virg’s Restaurant in Taylorsville, having breakfast, drinking his coffee, and chatting with the staff and many of the regular customers there. He was a great storyteller and loved to tell the tales of his youth to anyone who would listen. If you didn’t hear his stories more than once, you just weren’t listening. His mantra was “always leave ‘em laughing” and he lived that mantra to the fullest.

He is survived by children, Susan (Gary), Steven, Julie (Randy), Nancy (Jeff), Rick (Lisa); as well as 9 grandchildren; and 7 great-grandchildren. He was preceded in death by his wife, LaDonna; and his daughter, Carolee, both of whom he took such wonderful care of.

To send a flower arrangement or to plant trees in memory of Richard Ervin Neilson, please click here to visit our Sympathy Store.

To order memorial trees or send flowers to the family in memory of Richard Ervin Neilson, please visit our flower store.