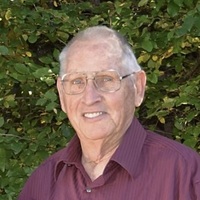 Richard Keith Morrill, 88, passed from this mortal life peacefully in his sleep on May 9, 2022, at his home in West Valley City, Utah. He was born on February 25, 1934, to Melvin John Morrill and Cornelia Ann Day Morrill in a log home in Junction, Utah. Richard was the 4th of 8 children and often spoke about his experiences with his siblings growing up.

After moving with his family to Montana, he graduated from Fergus County High School in 1952, where he met the love of his life, Beryl Gene Sawyer. During the Korean War, he enlisted in the Air force in 1953, and soon received orders to deploy to Hawaii. Before being shipped out, he and Beryl married in Coeur d’Alene, Idaho on January 28, 1955. They loved their time in Hawaii, the people, and culture and often talked about their time there. Richard and Beryl were sealed in the Laie, Hawaiian Temple on January 27, 1956. After leaving the Air Force, he stayed in Hawaii to attend college, where he earned an Associate Degree from the Church College of Hawaii (BYU Hawaii) in 1959. After returning to Utah, he earned a Baccalaureate Degree in 1961 from Utah State (Utah State University) in Industrial Arts.

Richard’s love for working with his hands and sharing his skills lead him to become a teacher at Bingham High School, where he taught machine shop and foundry classes until he retired in 1990. Scouting was a passion of Richard’s, and he treasured the association he had with his scouts and the opportunity to pass down the skills and traditions of scouting. As Scout Master, he helped 38 young men achieve the rank of Eagle Scout, including his two sons. For his years in Scouting, and for his many successes, he was awarded the Silver Beaver. After successfully completing the Wood Badge training, he then instructed the program for three years.

Richard loved the outdoors and hunting big game and pheasants, and he truly enjoyed hunting with family and friends. In order to pursue his passion for hunting, he purchased cabin property at Skyline Mountain Resort in Fairview, Utah, where he and his family spent many years enjoying the outdoors together. An active member of The Church of Jesus Christ of Latter-day Saints, Richard put his heart into each of his callings, including ward clerk, ward executive secretary, stake missionary (Hawaii), service mission, scout master, cub master, emergency preparedness, and temple worker. Throughout his life in West Valley, he considered the Hunter 11th Ward as home. A generous volunteer of his time and talents, Richard was always looking for ways to serve and help his neighbors, and community.

Words cannot express our family’s appreciation to Dr. Gandolfi, his staff, the nurses, social workers and clergy at Rocky Mountain Hospice, and his friend of many years, Mike Rigdon.

In lieu of flowers, please do something kind for a neighbor or family member.

Funeral services can be viewed on YouTube at: https://www.youtube.com/channel/UC-3SomM4H_YMEbggVibvvxQ

To order memorial trees or send flowers to the family in memory of Richard Keith Morrill, please visit our flower store.