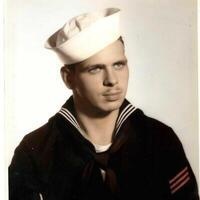 Richard Allen Marek, age 81, passed away peacefully in his home on July 21, 2021. He was born on April 28, 1940, in Omaha, Nebraska to Robert and Gladys Marek. He was a man of many qualities and loved giving his advice through quotes as he would always say, he’s a “Trick of all traits and a master of nothing!”

He met the woman of his dreams, Barbara Ann Burgin Marek. He started his career at TransCon Trucking as a long-haul truck driver pulling doubles and triples. He also made a name for himself over the CB radio; he was known as, “The Royal Shellback”. His CB saved him tenfold as it was customary for truckers to keep a watch out and let other truckers know when not to keep the hammer down and keep it at 55! His best quality was that he knew how to “Make it happen” and get the load to the county line on time. As time went on, Richard and family were later transferred from Omaha, Nebraska to Salt Lake City, Utah, where they settled down and had four wonderful children: Belinda Ann Marek, Brenda Lee Kempton, Randy Wayne Marek, and missed but never forgotten, Richard Allen Marek Jr., deceased.

As time passed, TransCon Trucking went under in 1990 and Richard chose a different career path to provide for his family. That path led him to Diesel Mechanics where he obtained his associates degree at Salt Lake Community College. He then converted an old Wonder Bread truck into a mobile mechanic repair shop and worked independently while Barbara took care of the house with the remaining kids at home. Richard had a heart of gold and a laugh that would make you smile with his humorous personality. He could always sense when you were sad, and no matter what, he took the time out to be there and listen.

Richard became a grandfather in 1986. He taught his grandchildren necessities in life like how to tie your shoes, and his magnificent voice would always sing his favorite songs while traveling over the road. “Zippity do da, Zippity A, my oh my, what a wonderful day, plenty of sunshine heading my way, Zippity do da, Zippity A”!  He was a good husband, father, and grandfather and he will be missed dearly and always be remembered as one who never gave up and always had the determination to make it happen in life.

Funeral services will be held Friday, July 30, 2021, 10:00 a.m. at McDougal Funeral Home, 4330 South Redwood Road, Taylorsville, Utah, where a viewing will be held prior to services from 9-9:45 a.m. Interment, Utah Veterans Memorial Park.

Those wishing to participate virtually please click on https://vimeo.com/581198119

To send a flower arrangement or to plant trees in memory of Richard Allen Marek, please click here to visit our Sympathy Store.

To order memorial trees or send flowers to the family in memory of Richard Allen Marek, please visit our flower store.