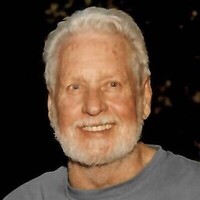 If Ray were here giving his own obituary today, he would probably start out by saying, What’s the good word?” as this was his standard greeting.

Ray Jorgen Jorgensen was born November 24, 1930 to Emma Thompson and Lyman Jorgensen in Ephraim, Utah.  He was the 6th of 11 children.  Ray loved to spend time hunting with his dog Butch and learned during his childhood to be a hard worker as he worked with his brothers on the family farm.

Ray graduated from Snow College after what he kiddingly said was a 5-year degree since he started his college work the last two years that he was in high school.

After graduating from Snow College, Ray joined the army, and served during the Korean war in the 5th Artillery where he worked as a supply agent.

Ray was honorably released from his military service, and then was able to use a VA loan to further his studies at the University of Utah where he graduated with a bachelor’s degree in accounting.  During his time in school, he worked part time at Miners, and then at Southeast furniture.  More importantly, during his years at the University of Utah, he met and married his eternal companion, Betty McCaffery.

Ray and Betty were sealed in the Manti Temple on April 4, 1956, and over time became the parents of four amazing children; Michele, Kelly, Mathew, and Jennifer.  Ray and Betty have also been blessed with 13 grandchildren and 20 great-grandchildren to date, and Ray loved each one and treasured any time he was blessed to spend time with them. His grandchildren, who affectionately called him Poopsie, Grandpa, and Grouchy Bear, knew that they were loved by this wonderful man.

Ray was hired to work for the State of Utah as a state tax commissioner and was employed with them until his retirement 30 years later.

After his retirement, Ray picked up the hobby of wood working, and ended up turning it into a part time money maker as he made bases for ceramic statues for years.  He also loved to frequent craft fairs and find news ideas to experiment with and create. If you know Ray you most likely have at least one, and perhaps several toys, puzzles, decorations, or kitchen gadgets lovingly made by him in your possession.  He always loved having new people come to their home as he would pull out his many boxes of creations, and you would never leave empty handed.  In the last few years of his life, with increased doctor and hospital visits, many of his health care professionals have also become lucky recipients of his hand made treasures.

Ray loved to take out his 4-wheeler hunting treasures and rocks and has shared his love of these hobbies with his children and grandchildren. He loved the out of doors, and spent many hours camping, fishing, hiking, and playing with family and friends in nature’s playground.  Ray loved playing games and would drop anything if there was someone ready to play a hand or two.  Ray was a great storyteller, and if you were lucky enough to hear him tell one of his stories, you were doubly lucky because he probably told it to you twice, at least. Ray was also a bargain hunter and found great joy in a good barter session.  If you ever needed anything Ray probably had it somewhere in his vast collection of items that he loved to collect and store, and he would never throw anything away.

To send a flower arrangement or to plant trees in memory of Ray Jorgen Jorgensen, please click here to visit our Sympathy Store.

To order memorial trees or send flowers to the family in memory of Ray Jorgen Jorgensen, please visit our flower store.