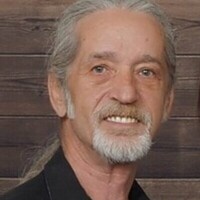 Randolph “Randy” Andrew Moller passed away peacefully at his home in Bluffdale, Utah on October 24, 2021, from a short battle with cancer, with family at his side.

Randy was born to Victor and Mary Moller on April 14, 1953, at St. Luke Hospital in Los Angeles California.  He married Patricia Lindgren in1983, later divorced.  They raised 3 wonderful children whom he was very proud of: Diana (Dean) Kraus, Amanda (Dustin) Lau, and David (Eunice) Moller.

He graduated from Arcadia High School, Arcadia California, in 1971 and then joined the United States Army and worked as a Cryptanalyst for 8 years.  Thailand was his favorite military post, among the many places he served around the world.  He owned several businesses during his lifetime and was a gifted web designer.

He spent his spare time riding his motorcycle, boating, camping, golfing, and traveling. Music was his passion. He was left-handed but learned to play guitar right-handed. He played in many bands since he was a young teenager. Most recently, he led the AC/DC tribute band "Dirt Cheap."  Randy loved performing and made many friends who also loved and adored him.

He was preceded in death by his parents; and grandparents.

To send a flower arrangement or to plant trees in memory of Randolph "Randy" Andrew Moller, please click here to visit our Sympathy Store.

To order memorial trees or send flowers to the family in memory of Randolph "Randy" Andrew Moller, please visit our flower store.