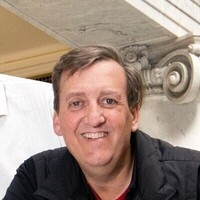 In the words of Frank Sinatra, Philip J. Meidell lived his life the only way he knew how, “My way”. Making a memorable entrance, Philip James Meidell was born in a car on the side of the road in the middle of a blizzard on March 4, 1962. This launched him into a life of adventure, fun, and enough experiences to fill the Grand Canyon. Growing up he would push the limits of what was possible. From biking off a roof into a pool to spontaneous trips to California for the weekend. Philip managed to focus his love of life through relentless service for those in need.

The youngest of 5 boys, Philip learned to be rough and tough but was always very kindhearted. He spent his summers with cousins, and it meant so much to him. In spite of his love of skiing, he was able to graduate from Highland High School (80’). He served a mission for The Church of Jesus Christ of Latter-day Saints to “The Great” Kentucky Louisville Mission from 1981-1983.

In 1983, Phil left in the evening to a blind date that would change his life forever, meeting his wife Nancy Hasenberg. Nancy and Phil proceeded to date for 2.5 years before being sealed in the Salt Lake City Temple on August 15th. Of the many adventures they shared their favorite was their five children. Phil loved to include his children in every aspect of his life. Whether this was driving his snowplow with the kids in the back, his weekly drives to Vernal, or taking the kids to large scouting events like “The Big Event”.

Phil was an “All In” kind of guy, a hard worker and not afraid of anything. He was a man of opinions in the shortest amount of words possible. Philip was very politically active (and vocal) in his community. He also volunteered for over 30 years in the scouting program, serving in many capacities. Phil's favorite part was seeing the change in the boys; a change more than just life skills but that of spiritual maturity.

After high school, Phil’s passions grew to include tennis and golf. Finding his brothers and father more available Philip would often take every chance he could get to “hit the green”. The group grew to include nephews and friends. Winter months included skiing when possible, however, just before his diagnosis Phil turned his hobby into a side “job ”becoming a volunteer ski patrolman for Brighton Ski Resort. He loved the rush of a good steep hill, racing the tram down and riding it back up.

Pairing his love of long drives Philip worked as a Real Estate Appraiser covering 13 counties in Utah. During the drive from Salt Lake City, Philip would listen to any audio book he could get his hands on. Some of his personal authors included John Grisham, Robert Jordan, and Tony Hillerman. This love of inhaling books was passed to all his children.

In 2015, Philip was diagnosed with Neuroendocrine cancer. Refusing to accept that as his reality, he outlived his doctor’s expectations by close to 5 years. Despite his diagnosis he was working up to the last 2 weeks. Phil took his family on trips to places like the Redwood Forest, Mount Rushmore, Yellowstone, South Carolina, and Florida. The morning of July 8, 2020 Philip, surrounded by family, passed away peacefully. His life was celebrated with lots of stories and that made everyone laugh and cry.

He will be cremated with a service for loved ones and friends via video on July 14, 2020. A “Phil”ebration of life at a later date will be held with good food and memories shared. For details regarding the video service and the Philebration, please reach out to the family at [email protected] Donations can be made or sent to the family via venmo at @Phil-ebration

“For we have been taught to walk in high places and all these days we walk the earth, that’s where we’ll be found.”

To send a flower arrangement or to plant trees in memory of Philip James Meidell, please click here to visit our Sympathy Store.

To order memorial trees or send flowers to the family in memory of Philip James Meidell, please visit our flower store.