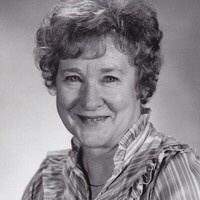 Pearl Leona (Hammond) Walter returned to Heaven peacefully, May 29, 2021.  She spent the last three months in hospice care in the home of her son, Charles (Lorrie) Walter, in West Jordan, Utah.  Pearl was the eldest of five children born to Lola Johnson and George Hammond, on September 11, 1925, in Deming, New Mexico.  Pearl was a wonderful big sister to her siblings and helped raise them while her mother, a single mom, was required to work to care for the children.  Pearl graduated from Lordsburg High School in Lordsburg, New Mexico, where she met Charles Walter.  The two were married on Charles’ birthday, February 19, 1944 in Lordsburg, New Mexico.   This was war time.  Charles enlisted in the United States Army Air Forces and was overseas for two years.  The couple has three children, Charles (Lorraine), Ronda (Sonny) and Keith (Pat).

Pearl was preceded in death by her parents; her four siblings; and her daughter, Ronda.  She and Charles have 15 grandchildren and many great and great-great-grandchildren.  They were sealed for eternity in the Mesa, Arizona temple on September 17, 1977.

Pearl was introduced to The Church of Jesus Christ of Latter-day Saints, by her best friend, Margaret Speer.  She joined the Church and served in many callings and touched many lives.  Family was very important to Pearl and she always enjoyed seeing and hearing about the lives of her grandchildren.

Pearl worked for CPS and PNM in Lordsburg and when Charles Retired from PNM, they moved to Dickinson, Texas, where she continued to work for PNM for about ten years.  After retirement, they  moved to Las Cruces, New Mexico, where they resided for twenty years.  In 2012, they moved to West Jordan, Utah to live with their son, Charles, Jr.

Perhaps Pearl is best known for her “gift of gab”.  It seems she knew no strangers.  She treated everyone with kindness and respect.

A viewing will be held at McDougal Funeral Home at 4330 South Redwood Rd., Taylorsville, Utah, Tuesday, June 8, 2021, from 7 to 8pm.  A graveside service and burial will be held at Mountain View Cemetery, in Lordsburg, New Mexico on Saturday, June 12th at 11am.

The family wishes to thank the staff of Elevation Hospice, (Alyssa, Mery, Sherry, Miriam and others) who helped care for Pearl the last months of her life.  The family also wishes to thank family, neighbors and friends who prayed for her and showed kindness and concern.  We would also like to thank McDougal Funeral Home in Utah and Baca's Funeral Chapels in New Mexico.

To send a flower arrangement or to plant trees in memory of Pearl L. Walter, please click here to visit our Sympathy Store.

To order memorial trees or send flowers to the family in memory of Pearl L. Walter, please visit our flower store.