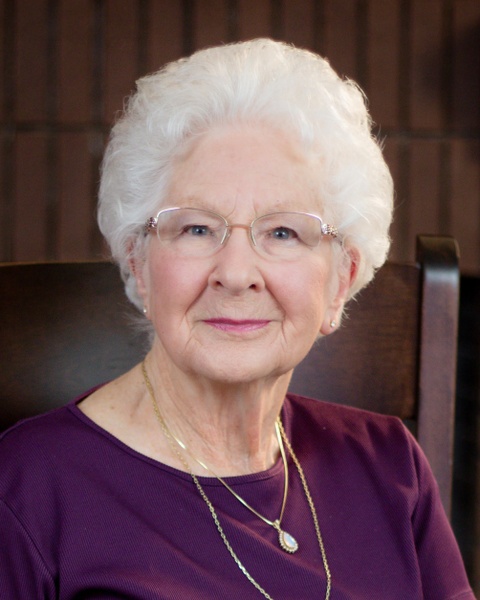 Our beloved Pauline passed away in the early morning of October 6, 2022. Her family remained by her side through her brief illness and time of passing. She was 94 years old.

Pauline was born in Burley, Idaho on August 6, 1928, to Martinus Andersen and Elizabeth Collett. She was so proud of her ancestry, as her father immigrated from Aalborg, Denmark. While Pauline’s childhood was spent during the Great Depression and the Second World War, you wouldn’t hear her complain. Naturally, there were many economic hardships of the time, but Pauline recalls many happy memories of loving parents and siblings to make games and fun out of the hard work they did together. Pauline’s family was bonded together by their faith in The Church of Jesus Christ of Latter-day Saints, where her father held numerous callings, including Branch President.

Pauline met her husband, George Henry Hobbs, a US Marine, at a box lunch social in Carlsbad, California. They formed an instant connection, especially when they learned they were both from Burley, Idaho. They married June 6, 1947, at the Mesa, Arizona Temple of The Church of Jesus Christ of Latter-day Saints. Together they raised six children and built a construction company together “from the ground up”. George and Pauline moved around from California, to Utah, to Nevada, before settling back in Salt Lake City for good. They faced many triumphs and trials, in business and family, with strength, grace, and utter devotion to faith and one other. They remained happy together until George’s passing from an illness on August 28, 1993.

Pauline had a passion for service, which she passed on to her children and grandchildren. Pauline lovingly cared for her mother, Elizabeth, when she fell ill, until she passed away. She served in The Church of Jesus Christ of Latter-day Saints as Relief Society President and volunteered at the Jordan Valley Temple and Oquirrh Mountain Temple for many years. While her children were in school, she proudly served as PTA President.

Pauline was also a trailblazer, becoming a licensed pilot in the late 50’s. Having flown with her husband, an already licensed pilot, Pauline decided she wanted to accomplish the same feat for herself. Learning on their Cessna 150, Pauline logged her hours and studied tirelessly, all while raising six small children. Passing her test with flying colors, she logged many solo flights and found great joy and fulfillment in flying. For over thirty years she and George took family and friends on many fun adventures in the sky.

There’s no question among any who knew Pauline that family was her greatest passion. How proud she was of the family she and George built together, illustrated by her astounding photo collection throughout her home and on her iPad. Her children love to tell stories of growing up with a fun, loving, and yes- stubborn, mother. Her grandchildren will remember they were always welcome with open arms and plenty to talk about at Grandma’s. No matter how old we get, we all still love to find our photo on Grandma’s piano; we’re all accounted for there.

To order memorial trees or send flowers to the family in memory of Pauline Sarah Hobbs, please visit our flower store.