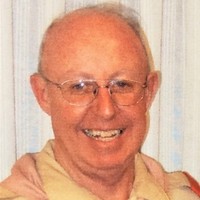 Our Husband, Father, Grandfather, and Great-grandfather Paul Clint Warby left this mortal existence January 21, 2020 from the effects of Chronic-Lymphocytic-Leukemia.

Clint was born May 8, 1945, a date that became known as V-E Day or Victory in Europe. Clint was the first child born to Paul White and Florian Matheson Warby. Paul Warby came home from World War ll January of 1946, making it the first time that he saw his son Clint for the first time.

As a boy, the family lived in various places in Utah - Logan, Beaver, and Cedar City. Clint spent much of his youth in Parowan with his grandparents Bain and Libby Matheson. Christmas in Parowan seemed to be the best time of the year. In the summers, Bain and Libby worked for the Utah Parks Company at Bryce Canyon and Clint spent time there with them. Bain made arrangements with the wranglers for Clint to ride the horses back to the barn and corrals after the tourists were finished with the horse ride down the canyon.

Clint also spent a good share of his time helping his father and grandfather Bernard Warby in Beaver, Utah at the “Warby Service”, a garage for automobile and farm equipment repair. Holidays like the 4th of July, July 24th, and Memorial Day in Beaver, was especially fun as they spent time with his Warby cousins, Larry, Rita, John, Dale, and Debbie.

Clint attended the Cedar West Elementary, North Elementary, Junior High School and Cedar High School. He remembered walking or riding his bike to any event as his mother didn’t drive and his dad was at work. The matinees at the Cedar Theatre was a memory for him as he used to say, “I believe the cost was 15 cents and if I had any money left over I could buy a “Sugar Daddy,” I could make it last the whole movie. Later when my younger brother and sister were old enough, I would take them with me.” He got a job delivering the evening Deseret News in 1958 with his new bicycle with a big basket on the front and kept the paper route until he was about 16 when he was able to use a car after getting his driver’s license.

He worked for his Dad after school (walking up from Junior High School) and on Saturdays. His personal history said, “We had to first inventory what John Deere parts where already there and then ordered more parts that sold the most such as rake tines, mower blades and baling twine and wire. Dad left me in charge when he went to National Guard Camp each summer for two weeks and I was on my own to handle the John Deere side of the business. When he was gone, I practiced driving the small tractor around the loop in the back of Lunt Motor Company.”

It was about the same time when Clint started work on the milk route with Sam Gentry who first had the Arden Dairy account which later changed to Meadow Gold. There were enough customers to provide two milk trucks, Clint started out as a runner with either Sam Gentry or his son Neal Gentry driving the trucks. The back of the truck was open, so he put the milk and dairy products in crates in the front and as he emptied the crates, they were stacked a certain way in the back of the truck. When he was older, he was able to drive and deliver milk products.

He attended the National Scout Jamboree – 50th Anniversary of Scouting held at Colorado Springs on the campus of the Air Force Academy (July 22, 1960–July 28, 1960).

1962, he worked at the Chevron service station at Bradshaw Chevrolet. He soon learned how to pump gas, wash windshields, check oil and water in the battery levels. After high school graduation, along with several of his high school buddies, they embarked on an adventure doing a six month active duty in the Army at Ft. Ord, California for basic training and later Ft. Sill, Oklahoma for artillery training.

Clint served a German-speaking mission to Bavaria and later South Germany. He returned home on Christmas Eve of 1966. After returning he wanted his Third-Class FCC Radio-Telephone License, so he made a trip to Salt Lake City to take the test and passed. It allowed him to take transmitter meter readings while announcing, doing commercials and playing records at a radio station. He kept asking for a job at KSUB Radio as he now had the necessary FCC license. The manager hired him because of his persistence. He attended radio engineering school in California to earn a First-Class Radio-Telephone License so he could operate a radio station when it goes directional at night.

The station needed a sports announcer to do the region and state high school basketball games and tournaments. He was now able to announce college and high school football and basketball games. He was then able to broadcast “on air Record Rallys” and was invited to other nearby towns to do so.

He became a member of LDSSA Delta Phi Kappa fraternity and later served as President. They received an offer to host the National Convention scheduled for May 1969. It was for this event that he asked Joyce Evans from Henrieville, Utah to attend. At the convention banquet they sat at the head table next to Elder Marion D. Hanks of the Seventy and his wife. After the dinner, Elder Hanks took Joyce and Clint aside and indicated that he thought “this was a relationship that ought to continue.” They were married September 19, 1969 in the St. George Temple. They just celebrated their 50th wedding anniversary.

He earned his bachelor’s degree in Communication from SUSC (known now as SUU) and a Master’s Degree at Miami University commonly known as “Miami of Ohio”. After moving to the Salt Lake area, Clint became the Farm News Director at KSL radio, later a radio/TV news reporter. His greatest feature was the “Gary Gilmore” story that aired on National Television. Clint worked as the Administrator of the Utah Dairy Commission, Utah Water Resource, and Office Manager for the Tooele Chemical Stockpile Outreach office. Clint also took the opportunity to work on the Mike Levitt and Jim Matheson Campaigns. In Clint’s spare time he became an adjunct professor for Westminster College, Salt Lake Community College and Phoenix University.

Both Clint and Joyce were avid scouters receiving many awards including the GSL council’s highest award, the Silver Beaver. They together worked with many boys including their own four sons who earned their Rank of Eagle Scout. They were both unit and district leaders.

Clint and Joyce were called as missionaries to Australia serving as National Directors of Public Affairs in all of Australia and the Pacific. Church duties took them across the Australian country giving them the opportunity to visit all 5 LDS temples. On their P-Day activities they became involved with and completed training to become Australian cub scout leaders. Clint also had the opportunity to visit with many Warby cousins as his great-great-grand parents joined the LDS church in Australia, traveled to the USA leaving other family members behind in Australia.

Being a member of The Church of Jesus Christ of Latter-day Saints, Clint served as missionary, Elder’s Quorum President, Scout master, Executive Secretary, Bishopric’s Counselor, Young Men’s President and for the last 10 years as Cub Master.

To send a flower arrangement or to plant trees in memory of Paul "Clint" Warby, please click here to visit our Sympathy Store.

To order memorial trees or send flowers to the family in memory of Paul "Clint" Warby, please visit our flower store.