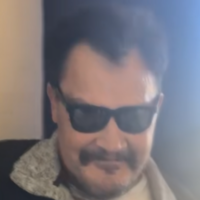 Paul was such an amazing man, father and brother. Paul was an honest soul; he said what he thought. He loved to laugh and have fun. He enjoyed spending time talking to his family calling them at any chance and visiting with them whenever possible. He would do anything for anyone he met. Anyone who knew Paul was blessed by his presence. Paul loved music especially 80’s rock, Bon Jovi, Def Leppard, most of all he loved playing the drums.

Paul was a warrior overcoming many obstacles in his life and was an inspiration to many, Paul was never scared through all his struggles or his hospitalizations, he kept on with life, smiling teasing and not worried about his illness but worried about you and your family and your worries. He taught us how to forgive and be a support to anyone struggling. Paul was very generous, you’ve heard the saying he will give the shirt off his back, this was not a saying for Paul, it was an action -  he would give you his shirt if he knew you needed it. Paul will be greatly missed; his soul was tender and child- like. Paul, we love you and you will never be forgotten until we meet again.

To order memorial trees or send flowers to the family in memory of Paul Jeffrey Montoya, please visit our flower store.