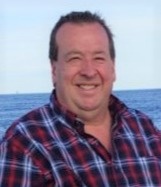 Paul Henri Martin of West Valley City, Utah died at age 56 due to complications following heart surgery on May 21, 2022.

Paul was born to Montie C. and Eunice Mae Martin on September 9, 1965, in Newport, Oregon. He came home to two doting sisters Drusilla (8yrs) and Naomi (6yrs). Paul excelled in his role as the baby of the family.

Paul had the most contagious smile and laughter. He was adventurous, social, and outgoing. His interest and talents in music started at a young age. Paul’s passion was singing and playing the piano. It even led him to play at prestigious venues. He was also a gifted teacher.  It was a joy to watch how comfortable he was in front of a classroom.

Paul graduated from Tigard High School and then attended Ricks College. He served a mission for The Church of Jesus Christ of Latter-day Saints in New Mexico. When Paul returned from his mission, he continued his education at Ricks College where he met and married Holly Park. Over the next few years, he finished his bachelor’s and master’s degrees from BYU focusing on marriage and family counseling. During that time, they welcomed three beautiful children: McKay, Melissa, and Morgan; his children stole his heart. Although that marriage ended, Paul's love for his children remained constant.

Years later Paul met the most loving, humorous, generous woman, Amy Freeman Pun Chuen, who changed his life forever. He realized he had found a gem and they chose to be married on August 26, 2011, in the Bountiful Temple. Both families were blessed by the union. Not only did she love Paul she loved his children too. They spent thirteen years together traveling, attending concerts, playing games, doing activities with the kids, and visiting various temples. They always put family first and supported relatives in their events as often as possible. Although Paul’s life was cut short, he lived it to the fullest. He will truly be missed.