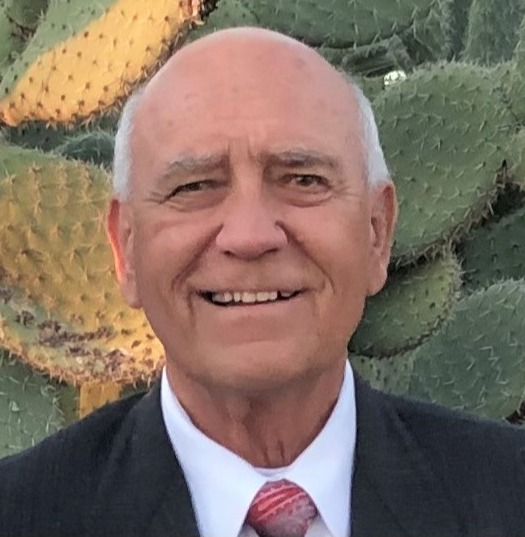 Patrick Paul Vargecko Sr. passed away on June 16, 2022, of complications from kidney failure.  Patrick was born March 17, 1944, in Braddock, PA to Pauline Frances and Joseph John Vargecko, the youngest of 4 children.

He and his siblings grew up on Baker Hill in North Braddock.  Upon graduation from Scott High School in 1962, Patrick enlisted in the US Marine Corps.  Boot camp was in Camp LeJeune, South Carolina where he trained as a tank gunner and was sent to Cuba during the crisis in 1963.  Upon returning to the US, he worked as a clerk in the unit’s administrative office and was able to sign up for Marine Security Guard/Embassy Duty training in Washington, D.C.  Upon graduating in December 1963, he was assigned to the American Consulate in Frankfurt am Main Germany.  There he met his future wife, Sharon Lea Somsen, who was a foreign service secretary, and they were married in the Frankfurt Post Chapel on June 4, 1966.  That marriage was later solemnized on February 14, 1974, in the Salt Lake Temple of The Church of Jesus Christ of Latter-day Saints. In September 1966, Patrick and Sharon were rotated back to Quantico, VA for the balance of his active duty.   After discharge, November 30, 1966, Patrick worked for US Steel in Pittsburgh, PA for a few months and then was hired by Mellon Bank as a collector.  In 1970 the family moved to Utah where he continued his banking career eventually retiring in 2002 as an Assistant Vice President of Wells Fargo Bank.  In 2015 Patrick and Sharon made their home in San Tan Valley, AZ.  Patrick and Sharon are the parents of three children, Patrick Paul Jr. (Kathy Peters), Stacey Lynn Vargecko Aikens, and Amy Louise Vargecko (Fawn Groves).

He was preceded in death by both parents; sister Elizabeth Ann Kocak (Raymond); and brother Joseph John (Karen Chunkala).

Patrick converted to The Church of Jesus Christ of Latter-day Saints in December 1972 where he served in several callings including Scout Master, Second Counselor in a ward Bishopric, Stake Sunday School President, and Stake Executive Secretary.

Patrick loved to ski and developed a love for fishing in his later years.  He has often said that in the afterlife God is going to put him in charge of the animals.  He liked them all (except snakes) but his special affection was towards dogs.

Services will be held at McDougal Funeral Home in Taylorsville on Saturday, June 25, 2022, at 10:00 a.m.   A viewing will be held the evening before at McDougal’s between 6 and 8 p.m., and from 9-9:45 am prior to the services.  Following the services, Interment will be at the Garland City Cemetery, Garland, Utah.

Services may be attended virtually at: https://vimeo.com/event/2230720

To order memorial trees or send flowers to the family in memory of Patrick Paul Vargecko Sr., please visit our flower store.