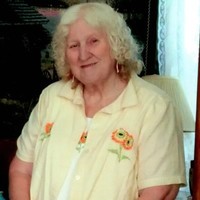 Nyla Ruth Silcox Walton passed from this life in the early hours of September 25, 2019. Nyla was born November 25, 1943 in Murray, Utah to Donald N. Silcox and Ruth Jeanette Evans Silcox. She was the third of seven children.

Nyla was married to her eternal companion, William (Bill) Robert Walton on June 30, 1961; the marriage was later solemnized on May 1, 1964, in the Salt Lake LDS Temple. Bill preceded her in death.

Nyla was an avid fan of Elvis Presley and collected much memorabilia associated with him and his life. She enjoyed his music and his movies. Nyla suffered through many hardships in her life including the death of her son Donald to SIDS and her daughter Elizabeth who was born with a congenital heart disease. She is now reunited with these dear family members as well as many others.

Nyla is survived by one daughter, Pauline (Pepper) Walton; and three sons, Steven Walton, Keith Walton and Daniel Walton; sister Sheila Brown; and brothers Vaughn Silcox and Kevin Silcox; as well as 11 grandchildren; and many nieces and nephews. She will be greatly missed. Until we meet again.

Funeral services will be held Monday, September 30, 2019, 12:00 noon, at McDougal Funeral Home, 4330 South Redwood Road, where friends may call one hour prior to services from 11-11:45 a.m. Interment at Redwood Memorial Estates.

To send a flower arrangement or to plant trees in memory of Nyla Ruth Silcox Walton, please click here to visit our Sympathy Store.

To order memorial trees or send flowers to the family in memory of Nyla Ruth Silcox Walton, please visit our flower store.