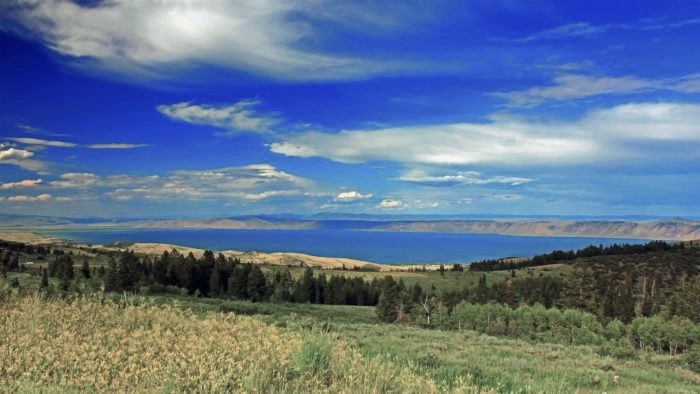 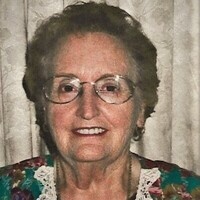 Our lives were forever changed on Sunday, May 1, 2022, when our dear “Nema” was reunited with her sweetheart.

On February 2, 1936, Wanema Marie Chivers became the fifth of nine children born to Acael and Pearl Chivers. Nema grew up in the small town of Vernal, Utah where she spent her days working on the family farm, pulling weeds, milking cows, cultivating the fields, babysitting, eating dandelions with salt and drinking water from the ditch.

In 1953 Nema moved to Salt Lake City, Utah where she met and quickly fell in love with a handsome young man named Dean Owen Butcher. At the time, they weren’t old enough to get married and had to wait. On May 28, 1954, in the Salt Lake Temple, they were finally able to start their life together.

Dean and Nema had a rough time starting their family with the loss of several babies, but quickly picked up steam and had seven children in the span of 11 years. The two of them did almost everything together and supported each other to raise their family. They worked opposite shifts so one of them could always be home with the kids. They tried to go camping and boating as much as they could, spent time riding horses, playing pinochle with their friends and making family memories at their cabin in Tabiona, Utah.

Nema loved her kids and was so proud of each of them. She loved watching and supporting them as they played church sports, participated in 4H and rodeoed, but most of all she loved watching them play in the Kearns High School Marching Band. She and Dean chaperoned several band trips and traveled all around the country with the band. Some of her favorite trips were to Washington, DC, Philadelphia, and New York City for the American Bicentennial Celebration and to Oahu, Hawaii for the rededication of the La’ie temple. Everyone loved “Ma and Pa Butcher”. Her kids and later grandchildren, great-grandchildren and great-great-grandchildren were the highlight of her life, and she was happiest whenever they were around.

She was a faithful member of The Church of Jesus Christ of Latter-day Saints, and the church was always a focal point in Nema’s life. She spent many years serving in the Young Women’s program and Relief Society Presidency. She loved her time with the young women and no girl’s camp was complete without a few pranks led by Sister Butcher. As the Relief Society President, Nema made sure to check in and take care of every family in her ward. She would spend hours talking on the phone to sisters who needed a friend, coordinated hundreds of meals, and planned many events.

She attended the temple as often as she could and loved being there with her friends and family. Nema worked several jobs during her lifetime, but the pinnacle of her career was as the Laundry Supervisor at the Jordan River and Vernal temples. She loved this job, the people she worked with and the service she was providing, even if that meant she started her day at 3:00 a.m. She took a lot of pride in the work she did and retired from the church in 2003 after 21 years of service.

After the devastating loss of Dean in 2003, she decided to live out the goal she and Dean had to serve a mission. To her surprise she was called as a proselyting missionary and served in the Harrisburg, Pennsylvania Mission. The work was hard, but she loved her mission, the people she met and the experiences she had.

If Nema’s life could be summed up in one word it would be ‘service’. Her life wasn’t always an easy one, but she was always positive, had such a generous heart, always saw the good in people, was the first to forgive, and was ALWAYS doing something for someone else. On the wall in her living room, she had a sign that said, “Because I have been given much, I too must give” and this truly served as a motto for her life.

She will be missed by her children, Ace (Vicky) Butcher, Olympia, WA, (Glade) LaDean Coon, Annabella, UT, (Doug) Loretta Stewart, Layton, UT, (Rex) Loa Dawn Ledbetter, Riverton, UT,   Dennis (Joyce) Butcher, Richfield, UT, Arnold (Linda Gross) Butcher, Farr West, UT; son-in-law, Gene Smith, Hubert, NC; her 40 grandchildren; 73 great-grandchildren; two great-great-grandchildren; and everyone else who called her Grandma Nema will miss being spoiled by her.  We know that she is in heaven playing with many more grandbabies that she will hand-pick and send to us in due time. Her sisters Fay Dudley, Montrose, CO, and Hazel Biesinger, Vernal, UT will miss their long talks with their sister; and her brother Pink Chivers Vernal, UT will miss teasing his big sister.

Please join us as we remember and honor this amazing woman. Funeral services will be Saturday, May 7, 2022, at 10:00 am at McDougal Funeral Home, 4330 South Redwood Road, Taylorsville, Utah. Friends and family will gather to reminisce about her life on Friday, May 6th from 6:00-8:00 p.m. and Saturday, May 7th from 9:00-9:45 a.m. also at McDougal Funeral Home. Interment, to immediately follow at South Jordan City Cemetery, 10630 South 1055 West, South Jordan, Utah.

The funeral service will be streamed live for those unable to attend at:  https://vimeo.com/event/2084712

In lieu of flowers, please do a kind service for someone else or donate to a charity of your choice in her honor.

To order memorial trees or send flowers to the family in memory of Wanema "Nema" Marie Butcher, please visit our flower store.