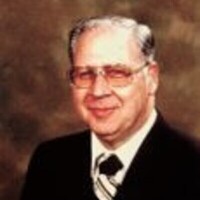 He was born on August 16, 1928 in Provo, Utah to George Nathan Abbott and Rosa Leonora Gardner (both deceased). He spent his younger years in Bunkerville, Nevada. During his teen years his family moved to Nampa, Idaho. His college studies were interrupted as he was drafted into the Army. He served in communications during the Korean War. He returned from service and graduated from Utah State University in Logan, Utah. He worked as a Certified Public Accountant.

He married Joyce Anderson in 1950 and they raised five sons together. Joyce passed away in 1999. Myron married Lova Mae Montague in 2001. They remained happily together until her passing in 2017.

Myron was a member of The Church of Jesus Christ of Latter-day Saints and served faithfully in many leadership positions (Bishop, High Council, Stake Patriarch). He influenced many lives for good through his service. He enjoyed music, reading, growing his own fruits and vegetables, and crossword puzzles. He was known to join his sons in a rousing game of basketball in the front driveway.

To send a flower arrangement or to plant trees in memory of Myron Snow Abbott, please click here to visit our Sympathy Store.

To order memorial trees or send flowers to the family in memory of Myron Snow Abbott, please visit our flower store.