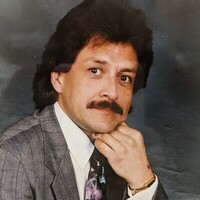 Michael “Mike” Robert Oliver passed away peacefully at home with his family on March 9, 2022. Mike was born July 27, 1950, in Salt Lake City to parents Juanita Vasquez and James Albert Oliver. Raised by his mother, from Colorado, and her mother, from Mexico- Mike was bilingual; learning to speak fluent Spanish and English. Mike grew up close to his younger sister, Angela (affectionately called “Babe”), who had special needs. After his mother’s untimely passing in 1967, Mike cared for Babe until her passing, at only age 16, in 1972.

Mike graduated from Granite High school. Soon after, he met the love of his lifetime, Randolyn “Randi” Pamela Nielsen. The two were married on February 25, 1972. This year they celebrated their Golden Anniversary- 50 years together, which is no small feat! Together they raised two wonderful children, Nikki and Christopher.

Mike had a great passion for automobiles, as both an auto mechanic and antique car restorer. He was an accomplished mechanic, starting young as a basic technician. Through hard work and a true desire to better himself, he earned certification after certification, eventually reaching the highest level- Master ASE Certified Technician. Mike and Randi enjoyed traveling to many car shows over the years with their classic, custom cars. Some of his favorites were- a palmetto green 1965 Pontiac GTO, a blue 1941 Willys with pink and purple flames, and a Bahama blue 1934 Ford with pink and purple flames.

Family and friends will remember Mike as kind, friendly, and hilarious. Mike was truly funny and often had the room in stitches. He had a fun-loving way with kids, and nieces and nephews will always remember his silly, teasing personality.

Mike is survived by his wife Randi; and children Nikki and Christopher, of West Jordan, Utah; and sister Chris Sweat, of Beaver Dam, AZ.

He is preceded in death by his mother, Juanita Vasquez; father James Albert Oliver; sister Angela Oliver; and grandparents Marcelino and Angela Vasquez, and Frank and Ethel Oliver.

To order memorial trees or send flowers to the family in memory of Mike Oliver, please visit our flower store.