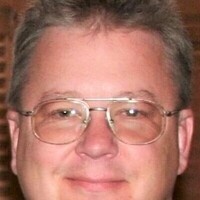 Our beloved son, brother, father, uncle, grandfather and friend passed away early Wednesday morning October 7th after a courageous 6-year battle with cancer. Michael was born under Jack Raymond Wilkey and Joyce Adelle Wilson July 6, 1961. He was the oldest of three boys and was a good brother.

He enjoyed spending time with his family while fishing, shooting, camping, tubing the Weber river and hiking during warm weather. He would often watch his children “bust each other’s chops” and smile. The family would often get together for dinners at a steakhouse or BBQs. In the fall he would enjoy Utes games at the stadium. He was able to attend a NASCAR race with his brother Richard and niece Jennifer which was a lifelong dream. He was a self-taught electronics technician. He loved to repair electronics, engines, and machines.

Michael had a big heart and would do anything for the people he loved and cared about. He loved his children and spoiled his 9 grandchildren who lovingly referred to him as “Papa Zuey”. He worked very hard for his family as a Network Administrator at Comcast for the past 25 years.  Mike was also a self-taught musician with a love for music. While still in junior high, Mike was chosen to play his trombone in a U. S. Bicentennial Celebration in Philadelphia July 4, 1976. He honorably represented the Kearns High Marching Band two days before his 15th birthday.  While still a teenager, he rebuilt his '68 Camaro and created his own electronics lab in the cellar.  Mike thrived on learning new concepts and ideas.

He was preceded in death by his father Jack Raymond Wilkey; and sons Jason Bryant and Matthew Bryant.

At this time, we ask that only family attend funeral services Saturday. All are welcome for a short graveside service, Elysian Burial Gardens, 1075 East 4580 South, Millcreek, Utah, Saturday at 12:00 pm.

To send a flower arrangement or to plant trees in memory of Michael Graydon Wilkey, please click here to visit our Sympathy Store.

To order memorial trees or send flowers to the family in memory of Michael Graydon Wilkey, please visit our flower store.