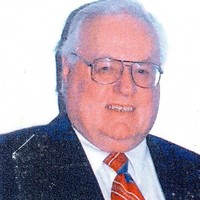 Our beloved husband, brother, father, grandfather and friend passed away on November 20, 2019 at 76 year of age. Michael Dayne Snedeger was born May 23, 1943 to Grover Leone (Sned) and Maurine Jorgensen Snedeger in Richfield, Utah.

Mike graduated from Richfield High School in 1961 and then continued his education at the University of Utah. He worked as a mechanic for many years and eventually became the owner of Sned’s Automotive.

Mike was a member of The Church of Jesus Christ of Latter-day Saints and served in many ward and stake callings such as Bishopric, High Counsel, Scoutmaster and as Young Men’s President. He served missions for the LDS Church by running the Magna Crop Farm and served as a Senior Missionary with his wife Alice in the Utah Salt Lake City West Mission.

Mike was a rabid U of U Football fan. The only thing he enjoyed more than watching the U of U football games was watching BYU lose. He and his wife Alice had a timeshare in Hawaii and loved to bring friends and family to Hawaii on vacation. They traveled to Hawaii 63 times over the past 31 years.

Mike also loved camping and ATV riding. He spent many summers taking youth groups and family members camping in the mountains and four-wheeling in the sand dunes. He loved his friends and families very much and showed his love through his charitable acts.

Mike prided himself as a “Grumpy Old Man” but had a very big heart and truly was a marshmallow inside-especially with his grandchildren.

A viewing will be held on Sunday, November 24th from 6:00 pm – 8:00 pm at McDougal Funeral Home, 4330 South Redwood Road in Taylorsville. Funeral Services will take place on November 25 at 11:00 am at the Oquirrh Ward House. 6719 West Valynn Drive in Herrriman. Friends may call one hour prior to the service. Interment, Herriman City Cemetery.

To send a flower arrangement or to plant trees in memory of Michael Dayne Snedeger, please click here to visit our Sympathy Store.

To order memorial trees or send flowers to the family in memory of Michael Dayne Snedeger, please visit our flower store.