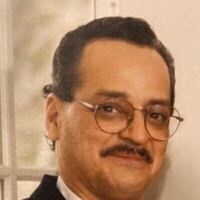 He was born February 27, 1955 to Miguel and Ernestine Montoya in Murray, Utah. He was the youngest child of 4 and only son. After attending Hillcrest High School, he joined the armed forces. He was a Pvt. in the US Army and was honorably discharged in 1973. After his services he began working in general construction.

During a previous relationship he welcomed a daughter, Brandi (Porter). He later met the love of his life Alana Kristine, (Kris) and they eloped to Las Vegas NV on September 18, 1977. Together they had two sons, Michael Anthony, and Joseph Kole. He later sustained a work-related injury. It was a blessing in disguise because it created an opportunity for him to take on his favorite role as a Dad. If you knew Mike, you knew that his family was his entire world. He loved his wife and boys more than words could ever describe. He dedicated the rest of his life to raising his sons. His biggest accomplishment was watching them grow into the most amazing men. Those men went on to create families of their own. They were able to draw from his great examples on how to be a loving father and husband. Mike was always so proud of all of his grandchildren and would talk about them any chance he had. Family was everything to him and it is apparent in the lasting bonds that he created that will carry on through generations.

Funeral services will be held Thursday the 24th of September at 2:00pm at McDougal Funeral Home located at 4330 South Redwood Rd, Taylorsville, Utah 84123. A public viewing will be held prior to the services beginning at 1:00pm.

To send a flower arrangement or to plant trees in memory of Michael Anthony Montoya Jr., please click here to visit our Sympathy Store.

To order memorial trees or send flowers to the family in memory of Michael Anthony Montoya Jr., please visit our flower store.